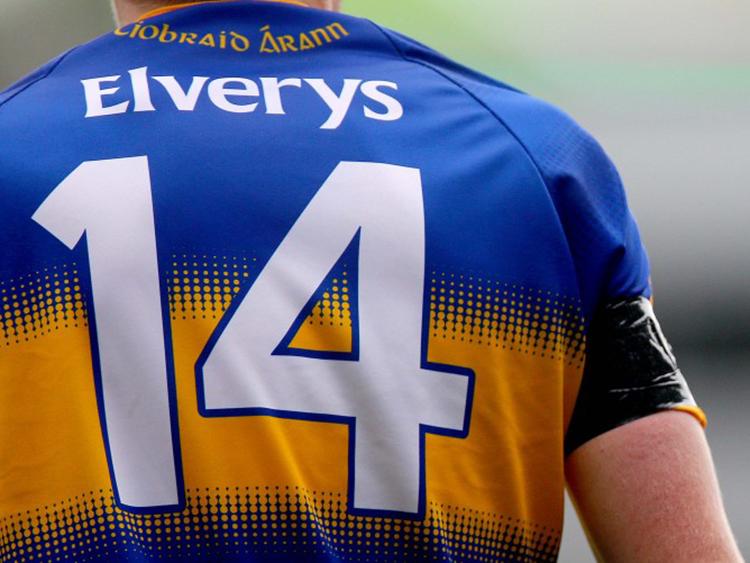 Tipperary dismantled Laois in a one-sided senior hurling challenge game played at Puckane on Saturday afternoon (3-27 to 0-12) - the contest was hosted by the Kiladangan club with all proceeds going toward the Kiladangan National School defibrillator fund and Living Links Ireland.

Laois, managed by Eamon Kelly (Kiladangan) and coached by Conor Gleeson (Boherlahan-Dualla) were, unfortunately, a long way off the pace, but the Tipperary management team will probably still regard this outing as a useful exercise.

Fielding an experimental side Tipperary raced into a 1-11 to no-score lead and held a ten-point advantage at the break (1-11 to 0-4) before adding two more goals to their tally in the second half and won by twenty-four points in the end.

Ger Browne notched 3-2 from play (3-7 in all) and certainly caught the eye, but the impact of Conor Kenny and Paul Shanahan should not be discounted. Besides winning primary ball and providing the assist for a whole series of scores this duo got in some bone-crunching hits and the knock-on effect meant that the outstanding Barry Heffernan and Tom Fox took complete control at half-back. Barry Heffernan’s distribution was especially impressive while Tomás Hamill was excellent at full-back. Although Ger Browne made a startling contribution to the scoreboard the leading candidate for the man of the match award here was Conor Kenny who looks like he means business this season.

Tipperary led 0-7 to no-score after the opening quarter while also firing six wides and dropping four shots short. It appeared as if some fringe of members of the squad were eager to get on the scoresheet and on a number of occasions the man in the best position was ignored which is understandable given the competition for places in the Tipperary squad. Laois re-structured their side in the second quarter and employed the sweeper which worked to curtail the Tipperary advances somewhat.

Tipperary created a goal chance of note in the 24th minute when Barry Heffernan picked out Niall O’Meara, but the Kilruane man was hooked with the goal at his mercy. Tipp struck for the opening goal of the game in the 29th minute when Ger Browne won a Seán Curran delivery and finished well.

Laois notched their opening score of the game in the 30th minute.

Twelve minutes into the second half Tipperary struck for a second goal when a terrific ball from Michael Breen picked out Ger Browne and the rising Knockavilla Kickhams star rifled a left-handed shot into the roof of the net. Four minutes later Browne completed his hat-trick when Niall O’Meara shipped some serious punishment before setting up his colleague in the Tipperary full-forward line for a third goal.

The Tipperary team benefitted greatly from the work rate of their forwards and moved the ball smartly up the field on the counter-attack. Indeed, the score of the game materialised in the 48th minute when Tomás Hamill won a hanging Laois delivery, moved the ball out of the contact area short to Tom Fox and the Éire Óg Annacarty found Conor Kenny at right wing-forward with a superb diagonal ball - the quality of the delivery reduced the Laois defender to a mere spectator and Kenny fired over a top quality score.

Tipperary scored 3-17 from play, but also fired fifteen wides and dropped seven shots short - plenty to work on, but also plenty to feel encouraged about.

The Premier County hurlers will not participate in the up-coming Munster Hurling League and launch their league programme away to Clare on January 28th.