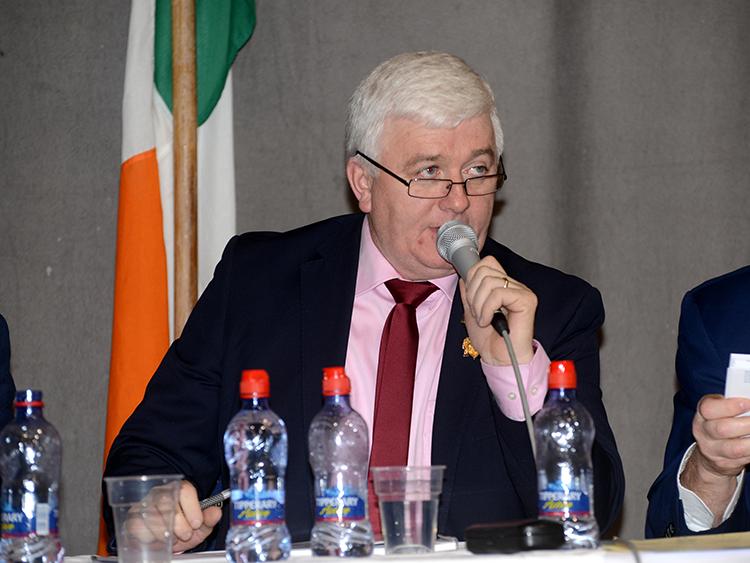 The Tipperary County Board has recorded a surplus for the fifth consecutive year and, once more, the end of year accounts reflect favourably on an executive led by out-going County Board chairman Michael Bourke - the Upperchurch-Drombane man was succeeded by John Devane (Boherlahan-Dualla) on Sunday evening.

Speaking at the Tipperary County Convention in The Dome, Thurles on Sunday evening County Board treasurer Michael Power unveiled a net surplus of €160,322 for 2017 which is approximately 86% up on the 2016 equivalent of €74,365.

Accounts auditor Ronan Spain described 2017 as “a good financial year”. Mr Spain commended the officers of the County Board on successfully completing a “huge administrative task”, but warned delegates to the convention that the income generated by the Allianz National Hurling League games might not “stand up” in 2018. County Board treasurer Michael Power also warned that there was “uncertainty” associated with the 2018 competition structures.

“If we can maintain that level of income we would be doing very well,” Michael Power said before explaining that it would be “very interesting to see how it plays out”.

Such startling figures provide a handy context with which to interpret more recent returns. In 2013 the County Board declared a first surplus in five years (€52,699) before reporting an excellent 2014 surplus of €319,613. The surplus dropped to €129,521 in 2015 and €85,957 in 2016, but supporters of Gaelic games in Tipperary need to realise that thanks to prudent management at executive level the days of declaring a €250,000 deficit are gone and good riddance to them.

In 2016 the County Board recorded a surplus of €85,957 and although this figure was considerably down on its 2015 equivalent (€129,521) it did represent a considerable achievement given the extended nature of both the inter-county footballing and hurling campaigns.

Essentially the Tipperary County Board recorded a surplus despite shipping the expense associated with startling success. In 2016 Tipperary collected the All-Ireland senior and minor hurling titles and even though the Premier footballers also enjoyed a thrilling run to the last four the County Board still managed to balance the books. Indeed, County Board treasurer Michael Power described the feat at the time as a “massive achievement”.