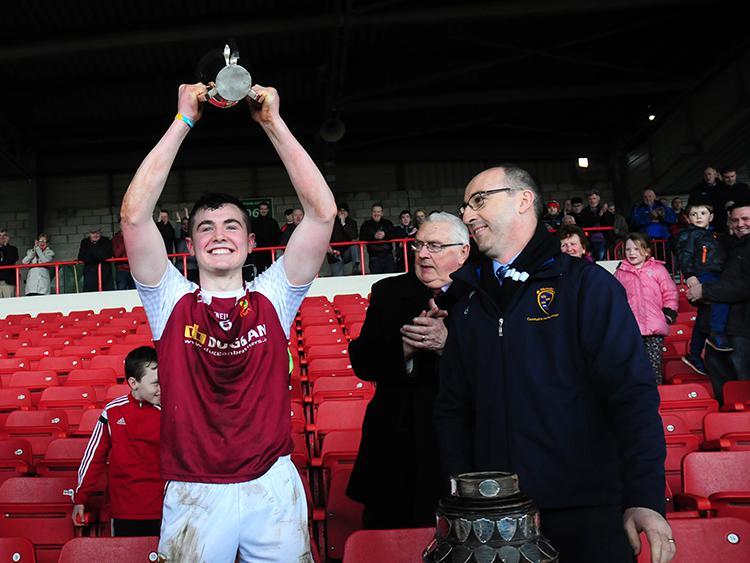 The fixtures have been confirmed for the Dr Harty Cup quarter-finals which feature Tipperary schools Our Lady’s Templemore and Thurles CBS.

Our Lady's Templemore will put their Dr Harty Cup (under-18.5A Munster colleges hurling championship) title on the line on Wednesday, January 10th - the defending champions will face John The Baptist Community School, Hospital in the quarter-finals at Dundrum (1.30pm) while on the same day Thurles CBS will take on Midleton CBS in Clonmel at 1.30pm (the sides will renew their rivalry having recently met in the Dean Ryan Cup final).

The winners of both quarter-finals will meet in the last four of the prestigious competition.

Meanwhile on the other side of the draw Árdscoil Rís, Limerick face Gaelcholáiste Mhuire Thuaigh, Cork in Charleville and St Colman’s College, Fermoy take on Christian Brothers College, Cork in Mallow.

The Dr Harty Cup semi-finals are scheduled to take place on January 27th while the final is penciled in for February 17th.

Thurles CBS got their Dr Harty Cup campaign back on track at St Patrick’s, Limerick in the second round of the group stage when recording a 22-point win (4-19 to 0-9) over Scoil Na Trioníode, Doon - Thurles CBS lost the opening round of the competition to Cork's Gaelcholáiste Mhuire Thuaigh (1-12 to 0-16), but beat Nenagh CBS in third round 2-13 to 2-11 to win their group on scoring difference and duly knock their North Tipperary rivals out of the competition.

Meanwhile Our Lady's Templemore booked their place in the quarter-finals with a game to spare thanks to a 32-point win over Castletroy College in round two of the group phase (6-27 to 1-10).
Our Lady’s won their opening round contest against Christian Brothers College, Cork (1-15 to 2-11) and beat St Flannan’s, Ennis in the third round by ten points at MacDonagh Park, Nenagh (2-20 to 1-13).

Sixteen teams have competed in this year’s competition (four groups of four with the top two teams from each group progressing to the quarter-finals).