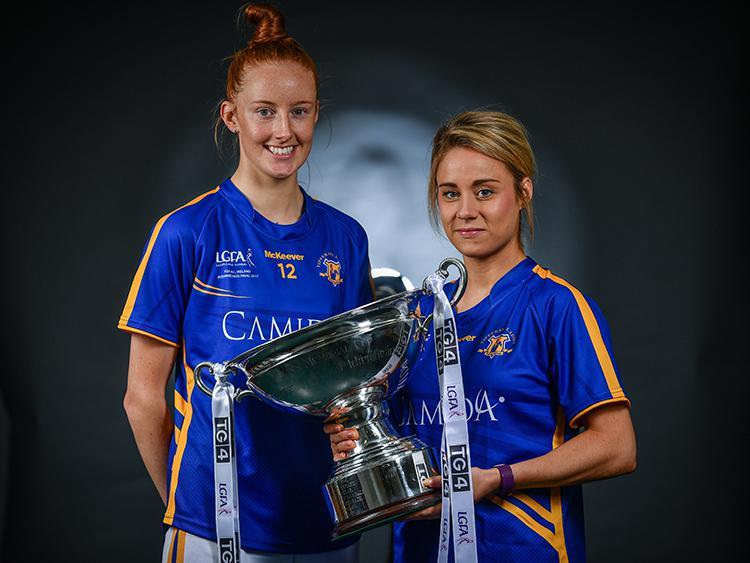 Despite completing the 2017 campaign as undefeated intermediate All-Ireland and division three league champions the all-conquering Tipperary ladies football team are bracing themselves for a “huge step up” in class this season. On Sunday, January 28th the Premier County take on Armagh in Silverbridge (12 noon) in the opening round of their Lidl National Ladies Football League division two campaign. And, according to manager Shane Ronayne Tipperary are well aware of the task which faces them.

“We certainly know that it is going to be a huge step up - even in the league. There are four intermediate teams in our division - Clare, Armagh, Sligo and Tyrone. And, then the other four, including ourselves, would be senior teams (Cavan, Waterford & Laois). So, we know that there is going to be a huge step up and, I suppose, the league is going to be very cut throat. And, one of the things that we certainly have to prepare for is when we lose a game. We didn’t lose a game last year, but it is going to happen to this year and it could very well happen on the very first day against Armagh. You just would not know. They will be hot favourites for that game up there,” Shane Ronayne told the Tipperary Star this week.

Tipperary senior ladies football manager Shane Ronayne has added Cork’s Anne-Marie Ruby to his management team - Anne-Marie will work alongside Elaine Harte and Tony Smith as a selector. Ronan Crosse will operate as a physio with the team this season while Cahir’s Alan O’Connor is a key man in the set-up both in terms of skill development and strength and conditioning.

“The intensity of the training that we have been doing has been upped and I think that we have improved the management team as well by bringing in Anne-Marie. So, the players just have to respond to that and so far they have. And, they are very excited about what lies ahead. They know that there is great potential there and the other counties around know that there is great potential in Tipperary. So, it’s just about getting the culture right and of trying to sustain things for a few years. This year will probably be a tough year - it is about consolidating and working to try and stay in the division. Then we need to build on that,” Shane Ronayne explained.

“There is a huge step up in terms of physicality and I know that myself from having been involved with Cork. The football is there in all of the counties, but when you go up the levels things are done faster and there is a big, huge step up in physicality. So, it is going to be a tough year, but it is a year that is going to be exciting - everyone involved is looking forward to it. It will be a hard campaign because we have four away games - we have three games up North and we have Clare away as well. We got the raw end of the stick there - the logistics of it are going to be difficult in terms of travel and things like that, but we are getting good support from the County Board.”

At first glance that programme of games might seem a little daunting, but manager Shane Ronayne and his immensely talented panel of players will, no doubt, face down that challenge, give it everything they have and turn heads while doing so.

“We set out three goals at the start of the year and the first goal is to get into the top four in the league; to get to the semi-finals. That was something that we would have always targeted with Cork as well. The target was always to get into the top four because that meant getting an extra game in a semi-final; a very good game. Because if we do finish up early having missed out on a semi-final we actually get two months off before our next competitive game,” manager Shane Ronayne explained.

“We are playing the final game on the Easter weekend and then we wouldn’t be playing Cork in the championship until the second of June so there is a two-month lay-off. So, if we could get to the league semi-finals it would be great - it’s achievable, but it will be hard and that’s the first goal. We would like to qualify for the Munster final and that’s another goal that is going to difficult because we, obviously, drew Cork in the draw.