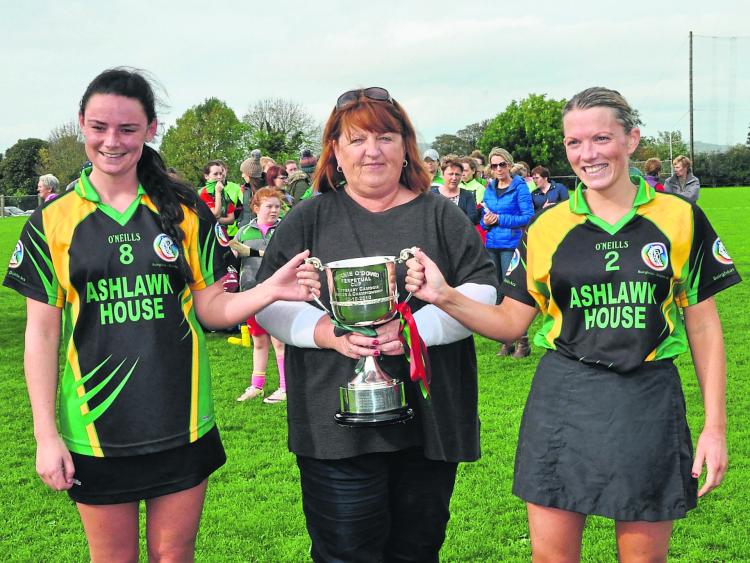 Burgess-Duharra have their work neatly carved out for them when the Munster champions collide with Galway kingpins Sarsfields in the All-Ireland Senior Camogie Club Championship semi-finals in Banagher, Offaly on Sunday, January 28th (throw-in 2pm) - Thomastown (Kilkenny) and defending champions Slaughtneil (Derry) will meet in their respective semi-final on the same day.

In October Sarsfields beat Mullagh comprehensively (3-10 to 1-7) in the Galway senior Camogie championship final and duly retained their crown - Sarsfields got off the mark early in that contest with goals from Orlaith McGrath and Tara Kenny presenting the defending champions with a 2-2 to no-score lead after just eight minutes. Indeed, Sarsfields led 2-5 to 0-4 at the break with Tara Kenny, Siobhán McGrath, Orlaith McGrath, Sarah Spellman and Aishling Spellman all outstanding.

And, the word is that Sarsfields are on a mission this season having lost the 2017 All-Ireland club final to Slaughtneil (Derry) at Croke Park, Dublin (0-11 to 1-10) - last year Sarsfields beat Kilkenny champions Thomastown at the semi-final stage having accounted for Mullagh, once more, in the Galway final.

Sarsfields, who originate from the New Inn-Bullaun-Woodlawn area of Galway, won back-to-back All-Ireland club hurling championship titles in 1993-94 and appear to have the pedigree to emulate such a feat in Camogie.

Burgess-Duharra, of course, are no slouches in their own right and also have a bone to pick with Slaughtneil having lost a 2017 All-Ireland semi-final to the Ulster champions (3-6 to 3-8).

Slaughtneil Robert Emmets brought Burgess-Duharra’s 2017 All-Ireland campaign to a crushing end in a thrilling semi-final hosted at Páirc Grattan, the home of the Inniskeen Grattans GAA club, in County Monaghan last January when the Derry champions roared into a six-point lead, a deficit the Tipperary outfit failed to recover.

Last October Burgess-Duharra collected the Bernie O’Dowd Cup for the sixth successive year at The Ragg following an eight-point win over Drom & Inch (1-21 to 2-10) in the Tipperary county final.

Manager Pat Cremin then guided his charges through a successful provincial campaign before Burgess-Duharra placed Munster club titles back-to-back thanks to a 2-10 to 1-10 win over Inagh-Kilnamona (Clare) at the Gaelic Grounds, Limerick.

Burgess-Duharra are certainly dangerous up front, but the fact that Inagh-Kilnamona completely and utterly dominated the middle third of the field in the second half of the Munster final must be of concern to supporters of the Tipperary champions. Ironically enough Burgess-Duharra’s second half wobble may serve the side well and put them on their guard ahead for the up-coming All-Ireland semi-final.

Hopefully the Burgess-Duharra management team led by Pat Cremin and featuring selectors Eoin Hogan and Noel Gleeson will have corrected the issues associated with the performance in the Munster final and the Tipperary champions will be raring to go on Sunday next.