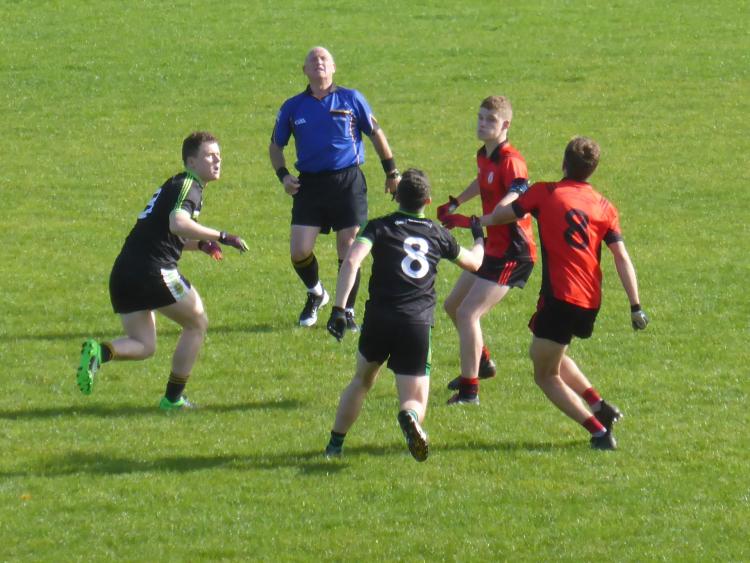 The High School, Clonmel advanced to the last four of the Munster under 16 1/2 A championship thanks to a hard fought four-points victory over Cork kingpins Coláiste Chríost Rí on Thursday, 25th January at the WIT Campus.

Playing with a stiffish breeze in the opening half, the Cork side opened well with 2 early scores from their young star Jack O’Brien. However the Clonmel side settled and began to get on top around the middle and Barry Kehoe, Jack Dillon, Enda Dunphy and Mark O Connor scores seen the scoreboard turned around at 0-7 to 0-4 at the break. Indeed but for a succession of great saves by Chríost Rí net-minder Antonio Ancheta, the High School could have gone in further ahead. 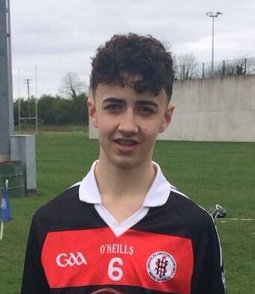 The South Tipperary side did not dwell on this and a bright start to the 2nd half seen the High School extend their lead to 7 as a speculative left footed attempt from Kyle Cuddy deceived the unfortunate Ancheta and found its way to the net. The Douglas school needed a response and ill discipline in the High School tackling and defending allowed the deficit to be cut to 3 points before a well worked move ended at the feet of Clonmel Commercials Enda Dunphy who had the easiest of finishes to extend the lead to six once again.

Despite this, Coláiste Chríost Rí never threw in the towel and gave everything in a frantic last 10 minutes but each time the gap was closed, the High School responded with some vital scores of their own. With the scores at 2-10 to 0-12, the final whistle sounded to ensure the High Schools safe passage to the semi-final of the Munster championship, which will take place after the mock exams against St Flannan’s of Ennis.

The High School’s began training in early December and challenge games against sides such as the Waterford minor team and sides from further afield a stood to them as there is strong competition for places on the team.