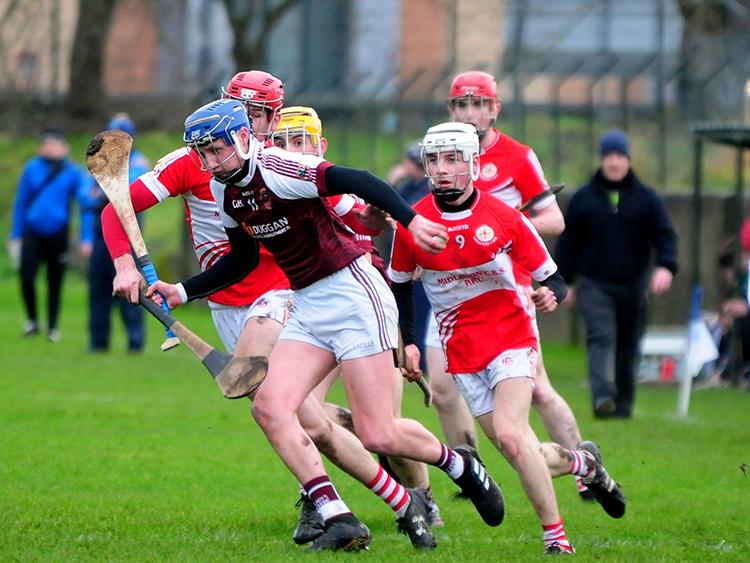 Shane Doyle pictured in action for Our Lady's Templemore during the Dr Harty Cup semi-final against Midleton CBS at the Clonmel Sportsfield on Saturday afternoon. Photo: Eamonn McGee

The Our Lady’s Templemore Dr Harty Cup campaign ended in a shattering seventeen-point defeat suffered at the hands of a rampant Midleton CBS team in a semi-final played at the Clonmel Sportsfield on Saturday afternoon. It hardly seemed fair that this gritty Templemore team would lose out in the Munster Under-18.5A Colleges Hurling Championship last four by such a significant margin, but the basic fact of the matter is that Our Lady’s were out-classed on this occasion.

On a heavy surface Our Lady’s Templemore struggled to cope with the Midleton CBS attack early on and found themselves trailing by nine points (0-1 to 2-4) after ten minutes. Our Lady’s, however, steadied themselves and while playing with the breeze out-scored their semi-final opponents by seven points (0-9 to 0-2) during the ensuing sixteen minutes to drag themselves back into contention. Templemore trailed by two at the break (0-12 to 2-8), but the writing was already on the way. Indeed, the defending champions failed to score from play in the second half while Midleton CBS went on a rampage.

You could not help but admire the ambition of the Midleton CBS team - throughout this encounter the Cork lads moved the ball short out of the contact area and served up terrific ball to their inside forwards. And, Midleton CBS were rewarded for such composed approach play when firing 2-15 from play and nineteen points in all during a lop-sided second half.

Liam O’Shea was the star of this contest at centre-forward for Midleton CBS while Aaron Walsh-Barry at centre-back, Liam Gosnell, Kian Farmer and Joe Stack were also outstanding. Seán Ryan was outstanding at the back for an overwhelmed Our Lady’s Templemore team while Shane Doyle, Gearóid O’Connor and James Devaney also got through some eye-catching work.

An Andrew Ormonde point presented Templemore with the lead in the opening minute, but Midleton CBS surged nine points clear following a devastating nine-minute spell. A Liam Gosnell point levelled matters before a mix-up at the heart of the Our Lady’s defence allowed Joe Stack to finish a break to the net in the third minute. Gosnell then added two converted frees to his side’s tally before a terrific left-handed point from Liam O’Shea preceded a second Midleton CBS goal in the tenth minute. This time Joe Stack turned over a Templemore defender and set up Arthur Nganou for a right-handed finish (0-1 to 2-4).

Following a couple of alterations in defence Our Lady’s steadied themselves and out-scored Midleton CBS by seven points (0-9 to 0-2) between the tenth and 26th minute. Shane Doyle set up James Devaney for a point from play before Gearóid O’Connor added two placed balls. Then, in an illustration of the prevailing conditions, Shane Doyle landed a long-range free from well inside his own ’65 in the 15th minute before a second point from James Devaney left four in it (0-6 to 2-4).

However it was already a concern that Templemore were not getting the talented Éanna McBride on the ball - the JK Bracken’s man could, potentially, have had a huge influence on this contest, but McBride found himself on the periphery of this game for far too long.

The sides traded scores for the remainder of the opening half with Gearóid O’Connor adding two frees to the Templemore tally (0-12 to 2-8).

At the break Olan Broderick was introduced to the Midleton CBS team and the craft of the nifty Killeagh man had a huge impact on this contest. Indeed, Midleton scored four points without reply during the opening six minutes of the second half with Liam O’Shea (two) and Liam Gosnell (two) cracking over fine efforts. And, it was telling to note Midleton CBS moving the ball through the middle third of the field despite playing with the aid of the breeze.

Gearóid O’Connor hit back with a brace of Templemore frees which book-ended two more Midleton strikes to leave seven between them (0-14 to 2-15) with nineteen minutes to play.

Our Lady’s Templemore, however, were struggling to build attacks of substance against the wind and Midleton took full advantage with Liam O’Shea adding three successive points (two frees) before O’Connor added another placed ball to his side’s tally.

O’Shea helped himself to another point before landing a magnificent sideline ball in the 50th minute to leave eleven between the sides (0-15 to 2-20).

The scoring came to a conclusion from a Templemore point of view in the 52nd minute when Gearóid O’Connor converted his tenth placed ball, but Midleton CBS were far from finished and added another seven points during the closing minutes which arrived courtesy of Liam Gosnell (three frees), Liam O’Shea (two frees), Joe Stack and Cathal Hickey. 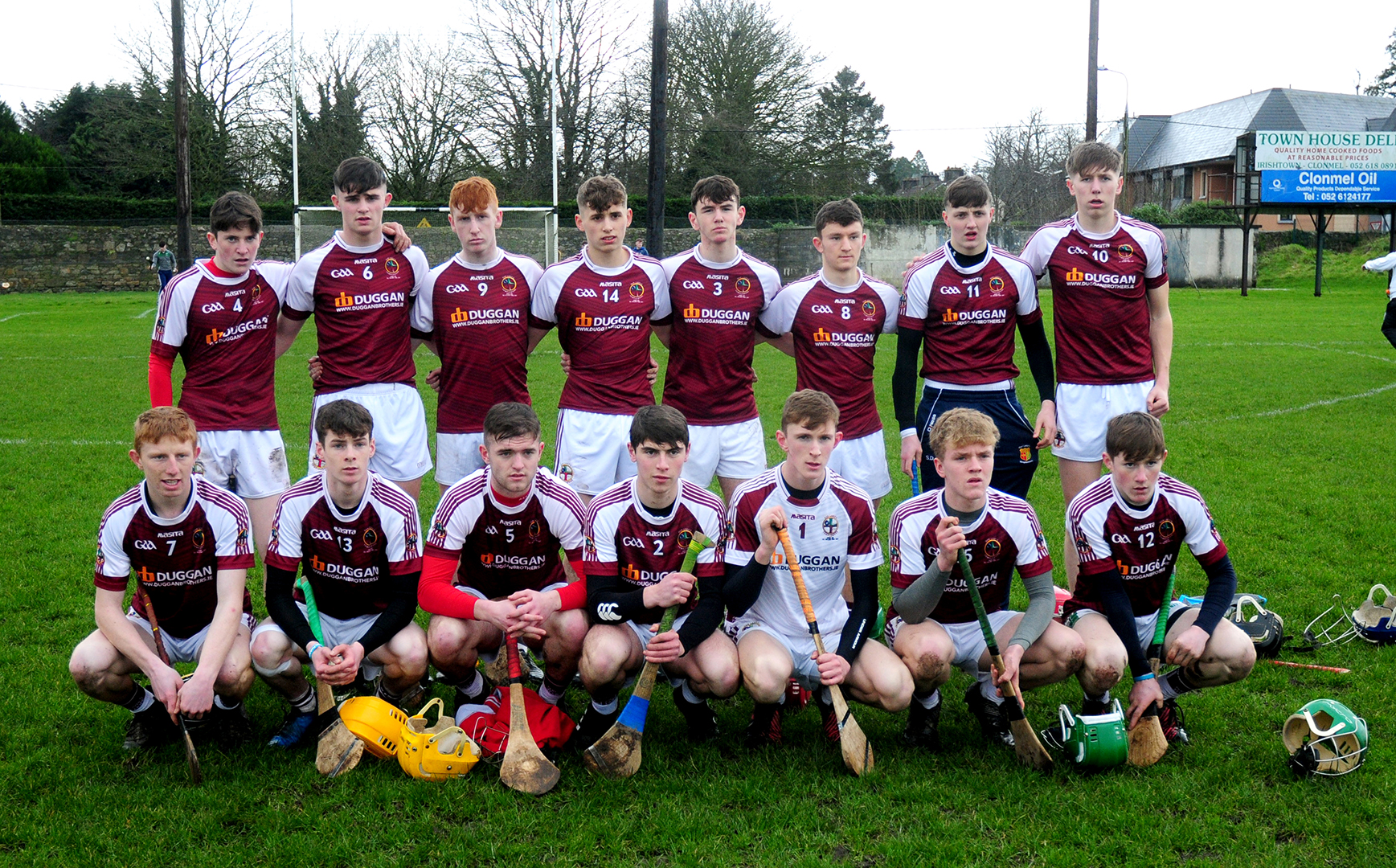 The Our Lady's Templemore team which, unfortunately, lost out to Midleton CBS after a one-sided Dr Harty Cup semi-final played at the Clonmel Sportsfield on Saturday afternoon. Photo: Eamonn McGee

Management: The Our Lady’s Templemore team was jointly-managed by Noel Fogarty and Tom Byrnes - the duo guided the Tipperary school to Harty Cup and Croke Cup honours in 2017.