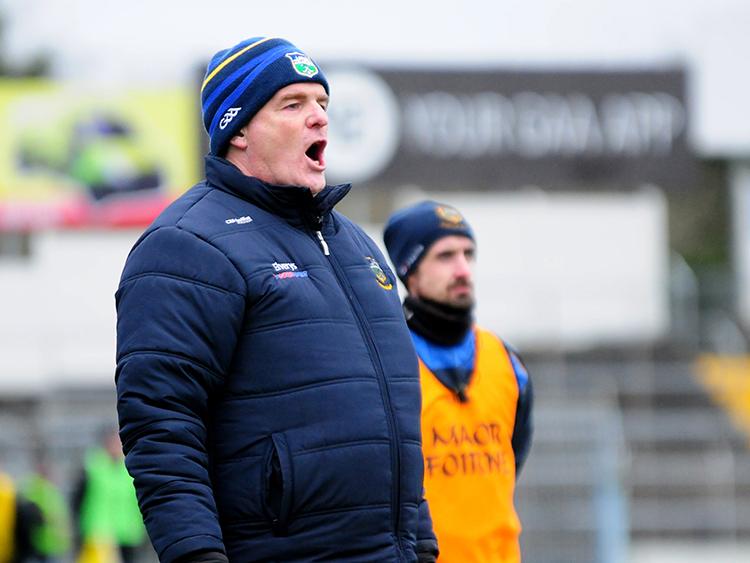 Liam Kearns’ men launched their Allianz National Football League division two campaign away to Cork on Saturday at Páirc Uí Chaoimh, Cork. And, the Tipperary senior footballers got their league campaign off to a terrific start when beating the Rebels (3-16 to 1-16) thanks to a cracking performance.

This week manager Liam Kearns explained to the Tipperary Star that the 2018 league campaign would indicate whether the Tipperary players were still progressing or have plateaued. And, this result emphasises that the Premier County have plenty to offer division two this season.

The Premier County trailed 0-8 to 0-9 after an opening period which featured a terrific Evan Comerford penalty save. A Liam McGrath goal in the 41st minute propelled Tipperary into a 1-10 to 0-12 lead while an extraordinary goal from Michael Quinlivan in the 52nd minute forced Liam Kearns’ men six clear (2-12 to 0-12). The Rebels fought back with a Colm O’Neill goal in the 54th minute before Loughmore-Castleiney’s Liam McGrath plundered a third Tipperary goal in the 68th - a brilliant finish off his left (3-14 to 1-14). Indeed, McGrath also collected the Allianz man of the match award following the contest.

Next up the Premier County host Roscommon on February 4th (2pm) before travelling to face Clare on February 11th (2pm); then comes a home game against Meath on Saturday, February 24th (7pm) before Tipperary host Louth on March 4th (12.30pm). Liam Kearns' men complete the group stage of the 2018 league with trips to Down (March 18th) and Cavan (March 25th). The division two league final is scheduled to take place on April 1st.

Tipperary will face Waterford in a Munster Senior Football Championship quarter-final on May 19th - the winner of that clash will face Cork on June 2nd while the Munster final is fixed for June 23rd.