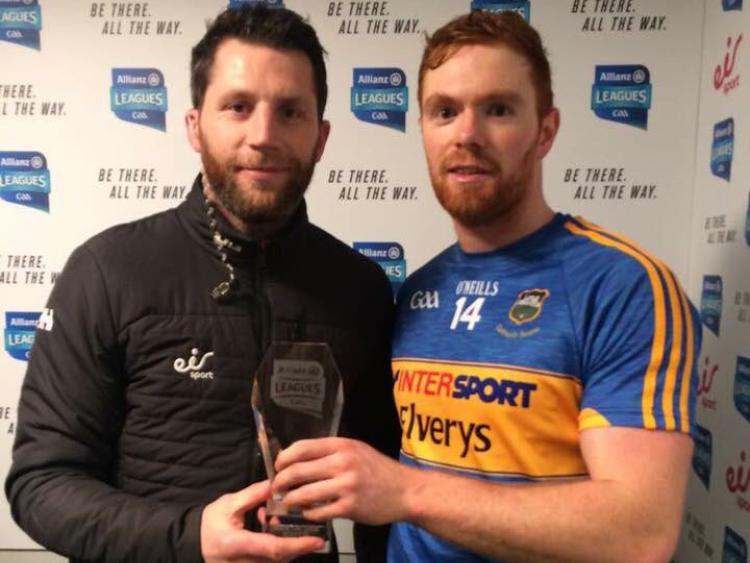 On Saturday evening at Semple Stadium, Thurles the Tipperary hurlers saw off the challenge of Wexford (3-21 to 1-21) in round three of the Allianz National Hurling League (division 1A), but not before the Model County mounted a significant second half comeback which could, potentially, have derailed the home side.

Tipperary led by seven points at the break (1-15 to 1-8) and by nine after the ‘Mines man cut over a terrific sideline ball (2-20 to 1-14) deep inside the final quarter, but Wexford managed to out-score the Premier County 0-7 to 0-1 during the closing stages before Patrick Maher rifled home a third goal in the 73rd minute. Indeed, Tipperary also had goalkeeper Daragh Mooney to thank for a couple of telling saves.

“We have a lot to work on,” admitted the Eir Sport Man of the Match Jason Forde.

“We were seven or eight points up at half-time and we let them back into it. So, we have a lot to work on. We fell asleep there for a while and on another day that game could have gone away from us. We have won, but that does not mean that you gloss over the stuff that you need to work on.”

The Silvermines man did, however, admit that the result does take the pressure off.

“We went down to Ennis on the first day and had a disappointing loss down there. We adjusted a few things and came back. We had a great win against Waterford two weeks ago and then we had to come here this evening against a really, really strong Wexford team that are super fit and are playing a really, really good brand of hurling at the minute. So, it was always going to be a big test to get the two points. Hopefully, it will stand to us.”

RUN IN THE TEAM

There is no doubting that the talented Silvermines man is enjoying a consistent run in the Tipperary team - Jason Forde converted eight frees on Saturday evening, swung over a sideline ball and also buried two goals.

“Definitely, games give you confidence and you can get settled into it,” Jason Forde explained before thanking forward colleague John McGrath for his contribution to the Tipperary performance.

“It helps that I am also playing with the college (University of Limerick) with John (McGrath) as well. John is after throwing out a few balls to me, but it could just as easily have been John getting on the end of those balls there today. He is a great man to find you with a ball and with the both of us playing together on the college team it has really benefitted the both of us.”

In round four of the league Tipperary are away to Kilkenny on Sunday, February 25th, but Jason Forde, John McGrath (Loughmore-Castleiney), Barry Heffernan (Nenagh Éire Óg) and Paul Maher (Kilsheelan-Kilcash) will all miss out on that contest - the quartet feature on the University of Limerick team which faces Dublin City University in the Fitzgibbon Cup final on Saturday, February 24th.

Irrespective of that head ache Jason Forde is just happy to be playing games and his priority is to remain injury free.

“Yeah, I have been building momentum and really getting into it,” Jason Forde explained.

“He is making the right kind of headlines this year,” Tipperary senior hurling manager Michael Ryan said with a smile when asked to consider the form of the ‘Mines man following the six-point victory over Wexford.

“He is an exceptional finisher and he has proven that yet again. He’s very good from the frees as well and it’s great to see a guy get himself into that kind of shape - he’s very comfortable and he’s fighting hard for a jersey.”