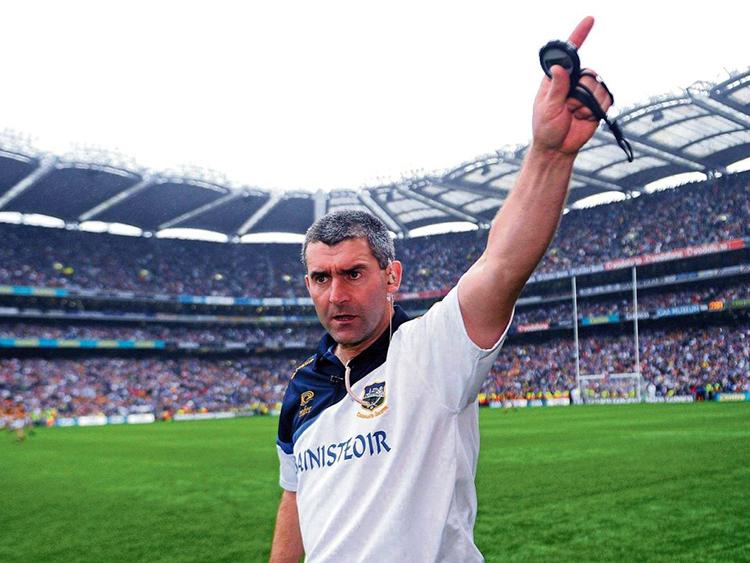 Liam Sheedy, the qualified electrician who has proven himself to be a real bright spark both on and off the field of play, may well be in line to succeed Páraic Duffy as the Gaelic Athletic Association’s director general. And, why not? After all the proud Portroe man is dedicated to the GAA, is hard-working, as honourable as they come, has a terrific manner and has proven himself a exceptional leader of people.

Páraic Duffy is scheduled to vacate the role officially by the end of March with the appointment of his successor likely to be announced soon. The new director general will have his work carved out for him as the GAA finds itself at a critical juncture on several fronts.

Liam Sheedy has enjoyed a distinguished career with Bank of Ireland and is currently Provincial Director, Munster with the financial institution. Liam is a member of the Irish Sports Council and chairman of High Performance Committee; Sheedy also chaired the National Hurling 2020 Committee (2014-2016). The 48-year-old is, of course, also a key member of the GAA’s Coiste Bainistí (the body’s national management committee).

Liam Sheedy was born in Portroe and as a student at Nenagh CBS won an All-Ireland Colleges B Senior Hurling Championship title in 1984.

Liam Sheedy played in seven championship games for the Tipperary senior hurling team and featured in the 1997 Munster and All-Ireland finals which the Premier County lost to Clare. Sheedy retired from inter-county hurling in 2000, but the management bug had already set its teeth into the Portroe man.

Liam Sheedy launched his inter-county management career when he guided the Tipperary intermediate hurling team to the Munster and All-Ireland title in 2000. Six years later the Portroe man guided the Premier County minor team to All-Ireland glory (2006) before graduating to the senior job in 2008.

As manager of the Tipperary senior hurling team Liam Sheedy lifted the blue and gold out of the doldrums when winning Munster titles in 2008 and 2009 before famously delivering an All-Ireland title in 2010. Tipp also won a National Hurling League (2008) on Sheedy’s watch while Liam was named the Philips Sports Manager of the Year for his achievements in 2010. Liam was also named the Tipperary Person of the Year in 2010. Sadly, Liam Sheedy stepped down as Tipperary manager following the 2010 season, but the impact that Liam Sheedy had on the Tipperary inter-county set-up cannot be understated. Sheedy has, of course, also worked as an RTÉ ‘Sunday Game’ analyst since 2011.

Liam Sheedy, alongside his brother John, guided his beloved Portroe to a North Tipperary Senior Hurling Championship title in 2012 - an extraordinary achievement given the resources of that tiny club. Liam, of course, also inspired his club as a player in 1990 when helping Portroe to win the county intermediate hurling title.