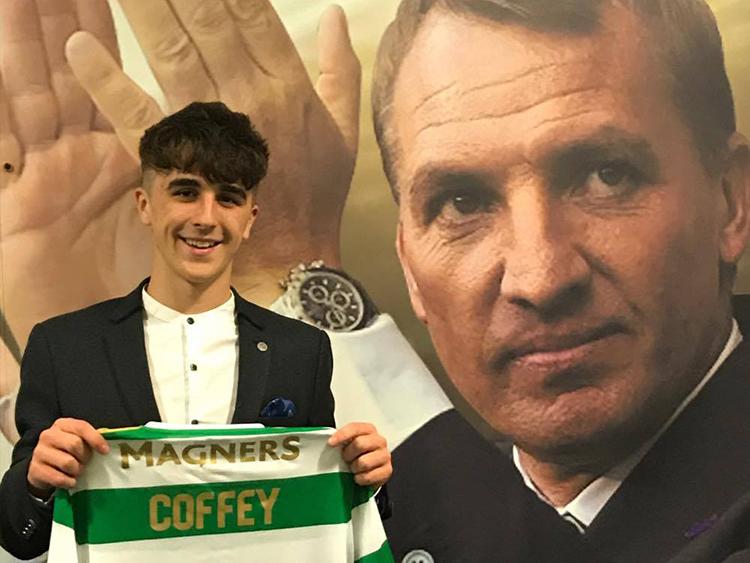 Nenagh’s Barry Coffey pictured on the day that he signed with Glasgow Celtic.

The hall of fame and international personality awards will be announced on the night while the recipient of the special merit award is the late Jimmy Magee.

Barry Coffey has been nominated for the under-16 international player of the year award alongside Jason Knight and Max Murphy.

Meanwhile Chris Higgins (St Michael’s) and David Joyce (Clonmel Celtic) have been nominated for the junior international player of the year award alongside Eoin Hayes of Newmarket Celtic in Clare.