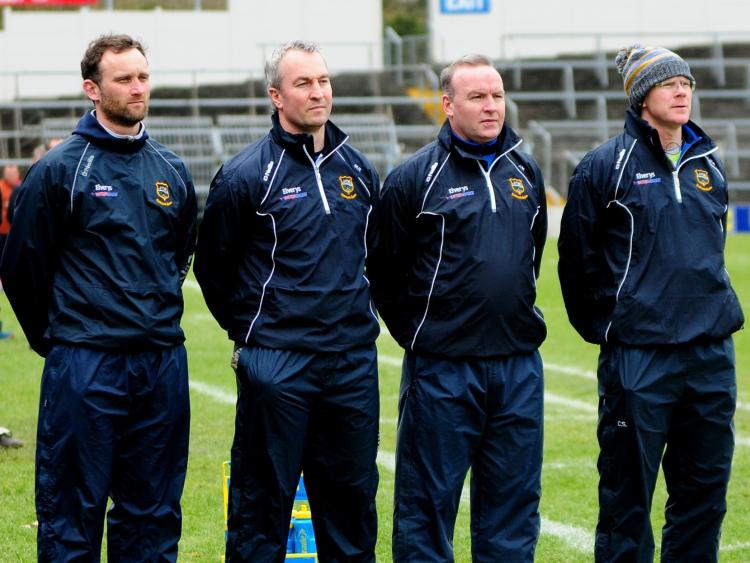 One of the biggest issues facing the Tipperary senior hurling management team will be “nailed down very soon” according to manager Michael Ryan in the immediate aftermath of Sunday's Allianz National Hurling League clash with Cork.

The first name on the teamsheet is likely to be one of the most hotly-debated by Ryan and his selectors Conor Stakelum, John Madden and Declan Fanning as they make their minds up on who they will be pining their confidence to for the championship.

Paul Maher had held the jersey for the first two league games; Darragh Mooney then got two games to show what he can do and Brian Hogan played last week and will be on duty against Dublin also as all three men get a fair chance to stake a claim. The thing is - the decision will be crucial and there is so little between the three of them.

“We will be nailing the goalkeeping situation very soon and we are looking forward to having the headaches with team selection throughout the team as well,” the Tipperary senior manager said this week.

CORK NOT PUT AWAY

While Brian Hogan was beaten just once from a Patrick Horgan penalty, Tipperary were treading water for much of the game and Michael was slightly concerned about the fact that Cork were not put away when the opportunity presented.

“At times we looked as though we should have been in control of that match, but we weren't. I think we got tested in several places. It was a very uncomfortable day for our full-back line given the pace of Cork. They will open you up and they are a quality side. Cork won't be too despondant about that peformance; 1-21 and a three-point loss - if it had happened in reverse it wouldn't have been a catastrophe for us. Granted, it's a real concern that we left the door open, but that is a quality Cork side. Their use of the ball and their comfort on the ball - it is a quality hurling side and they will cause us plenty of hurling in the summer as well,” Michael Ryan explained.

With the round robin now completed and with Tipp sitting on top of the division, it has been mission accomplished for Tipp. The campaign has been a roller coaster the manager admitted, but he described it as being a really good early season competition.

“The beauty of this league is that the games are coming thick and fast and as long as we get out the other side without picking up injuries, it's all good. The wides were disappointing and that's down to poor shooting; poor decision-making on the ball. I'm not too disappointed with that. We have played five rounds of the league and it has been very good for us. From now on the competition really starts because every game we play is knock-out. We want to progress as far as we can. It is really good for the team and the squad,” he said, acknowledging the role and impression Billy McCarthy is making at centre-forward.

While Tipp have injuries to the likes of Noel McGrath (thumb), Dan McCormack, Seamus Callanan, Joe O'Dwyer and Niall O'Meara to name just a few, John O'Dwyer has resumed training and Cathal Barrett made his return against Cork. The Dublin game will probably come too soon for O'Dwyer, but Barrett is relished being back in the thick of the action.

“I was happy enough just to get back on the field to be honest after been out for a few weeks. Originally it was a tweak in the groin, but it went over to the other side into the hamstring and it is only a small niggle, but there is no point in risking it. Things are so competitive in the camp, you don't want to risk doing more damage and losing out on more games by trying to play when you are not 100%. All I want to do is hurl so it doesn't matter where you are playing. You just want to play,” Cathal Barrett said.

As for the game he has just soldiered in?

“We haven't played Dublin really this year - we had a challenge with them. They always bring a bit of fight and physicality to the game. It's quarter-final hurling, knock-out hurling. So, it will be tough no matter who you are playing,”the midfielder said.