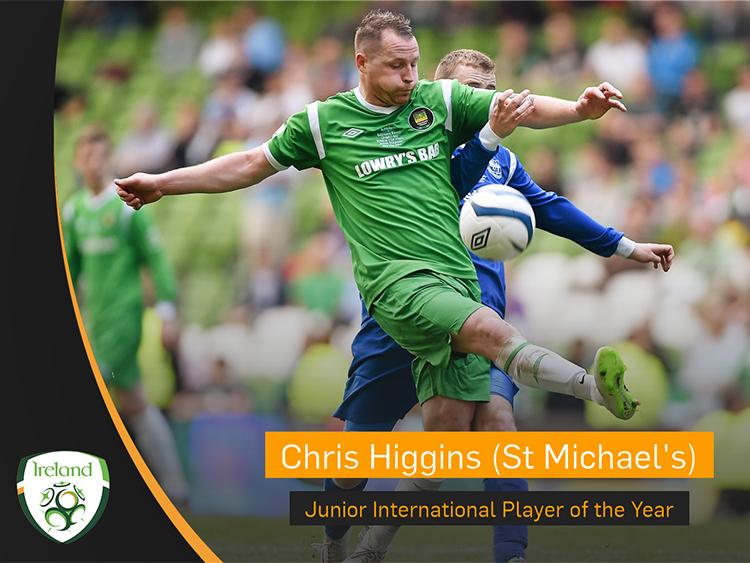 Christopher Higgins (St Michael’s) has been named by the Football Association of Ireland as the 2017 junior international player of the year - the Saints star and captain of the Republic of Ireland junior team was nominated alongside David Joyce (Clonmel Celtic) and Eoin Hayes (Newmarket Celtic) for the award.

Meanwhile Nenagh’s Barry Coffey was also nominated for the Republic of Ireland international under-16 player of the year award - that particular award was won by Jason Knight.

The award winners were unveiled at a ceremony on Sunday, March 18th.