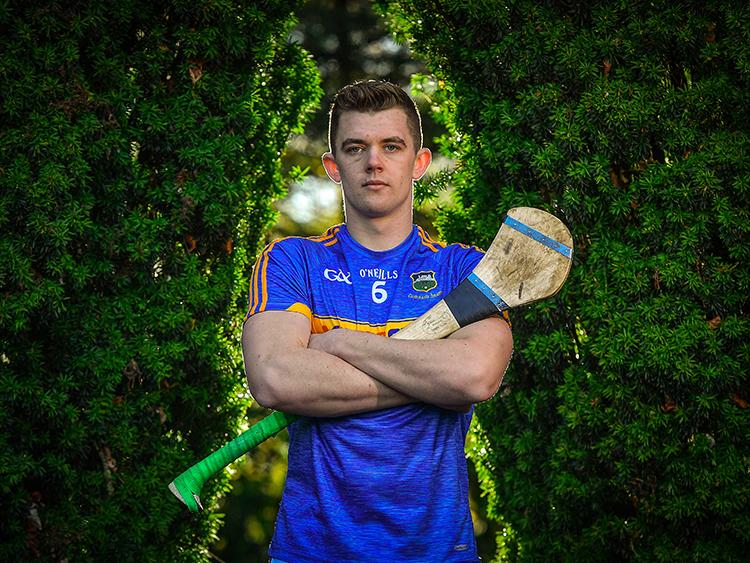 Extra-time was required in a thriller when Tipperary hosted John Kiely's high-flying Limerick team in the semi-finals of the Allianz National Hurling League on Saturday night at Semple Stadium, Thurles. Tipperary appeared to gain a significant upper hand on the Shannonsiders at regular intervals during this contest, but full credit goes to the resilient Limerick men who stayed the course.

The form of the Limerick men - having won five consecutive games in division 1B while also dumping Clare out in the quarter-finals - suggested that Tipperary would be presented with a stern examination of their credentials and they were. Indeed, but for significant dollop of errant shooting (eleven wides and four shots dropped short) the Limerick men may well have won this contest in normal time.

Ultimately, Tipperary proved too strong for the visitors in extra-time.

Tipperary and Limerick will, of course, also meet in the opening round of the revamped Munster Senior Hurling Championship on Sunday, May 20th (2pm) at Páirc na nGael in Limerick - that contest, going by this tussle, may be worth seeing.

The attendance at Semple Stadium, Thurles on Saturday night was 12,006.

John McGrath presented Tipperary with the lead before Jason Forde fooled his marker with a telegraphed dummy and landed a point off his left. Aaron Gillane responded with a free from Limerick, but Ronan Maher converted a spectacular sideline ball in the seventh minute to force the home side toward a 0-3 to 0-1 advantage.

A smashing stick pass from Gearóid Hegarty set up Séamus Flanagan in the eighth minute, but then John McGrath converted an absolute beauty off his left to force Tipperary two clear. Limerick were now trailing by a brace, but leading the shot count 6-4 (Tipperary had converted 100% of their shots).

An Aaron Gillane point left two in it, but Limerick threatened a goal in the 15th minute when a timely Alan Flynn interception denied a the visitors a goal following a flowing counter from the Shannonsiders at the expense of ’65 - Aaron Gillane converted that opportunity and the sides were level (0-4 apiece).

Thus far, however, the quality of delivery from the Tipperary defence was not at all impressive while Limerick’s approach play appeared significantly more thoughtful and all the more impressive for their determination to play quality ball toward their inside forwards. Limerick appeared to have a solid idea of what they were trying to achieve while Tipperary’s approach play was reliant on breaks and individual talent. Indeed, if both sides persist with their respective philosophies it will be interesting to see what dividend the Limerick game plan, for instance, yields this summer.

Aaron Gillane and Jason Forde traded frees thereafter - Forde was fouled when the ‘Mines man enjoyed a slight sniff of goal in the 25th minute while a Gearóid Hegarty left three between them seconds later. A terrific grab from Tomás Hamill preceded a Ronan Maher monster from long-range and Tipperary led by a healthy four (0-10 to 0-6).

Limerick stuck to their game plan, however, and were rewarded with four smashing points between the 31st and 35th minutes when Kyle Hayes (two), Séamus Flanagan and Aaron Gillane (free) delivered scores to tie the game up (0-10 apiece).

Injury time points from Ronan Maher and Michael Breen helped Tipperary toward a two-point interval advantage (0-12 to 0-10), but, and significantly, Limerick now led the shot count 20-13. Tipperary fired just one wide during the opening half (Ronan Maher, sideline) while the Shannonsiders dropped four shots short and fired a further six wides.

Limerick coughed up two poor frees immediately after the break which Jason Forde converted to force Tipperary four clear (0-14 to 0-10) before Aaron Gillane got Limerick off the mark in the 38th minute to leave three in it. Barry Murphy made it two soon after and when Séamus Flanagan landed another off his left there was just one in it (0-14 to 0-13).

A long-range free from Jason Forde steadied Tipperary, but three successive wides frustrated the Limerick lads somewhat before Billy McCarthy helped the home side into a three-point lead. Then it was the turn of Jason Forde and Tipperary led by four (0-17 to 0-13) with forty-seven minutes played.

In the 49th minute Jason Forde battled gamely to win a breaking ball and point off his left and Limerick were now in danger of finding themselves cut adrift.

Gearóid Hegarty managed to convert a sideline in response and Tom Morrissey added a point from play. Next it was Paul Browne’s turn to close the gap and the Tipperary lead was down to one following an Aaron Gillane ’65 in the 53rd minute (0-18 to 0-17).

In the 54th minute Jason Forde won a break and set up Michael Breen for a point which checked Limerick’s progress.

This Limerick outfit appear a resilient bunch, however, and a point from Kyle Hayes left one in it before Pat Ryan delivered a spectacular equaliser in the 57th minute (0-19 apiece).

John O’Dwyer hit back for Tipperary and then an effort from Seán Curran helped the home side into a two-point lead - Willie Connors conjured a terrific assist on this occasion (0-21 to 0-19).

Gearóid Hegarty responded with a Limerick point and we entered the final ten minutes with one between them (0-21 to 0-20).

A John McGrath point in the 62nd minute gave Tipperary a little breathing room before Ronan Maher converted an extraordinary sideline in the 63rd minute. Then it was the turn of Barry Heffernan a grab a Limerick delivery and earn a free which Jason Forde converted for a four-point lead (0-24 to 0-20).

With five minutes to play a Tom Morrissey free dragged Limerick within striking distance, but Seán Curran responded soon after and Tipperary looked assured of their league final place. Limerick, however, refused to go away.

Tipperary conceded their 11th free of the evening in the 71st minute and Tom Morrissey was presented with an opportunity to tie the game - Morrissey delivered and the game was tied (0-26 apiece). Limerick also conceded eleven frees during normal time.

A high challenge on Cathal Barrett went unpunished in the 73rd minute and soon after John McGrath was blocked down. Ronan Maher attempted to steer a late sideline ball over, but, unfortunately, his effort went narrowly wide in the 74th minute.

At this stage of the contest Limerick led the shot count 41-34.

A terrific Brendan Maher turnover preceded a John McGrath point before a Limerick puck-out went badly wrong, Jason Forde intercepted and the ‘Mines man buried an absolute pile driver of a shot. Barry Nash hit back for Limerick almost immediately and Tipperary led by three (1-27 to 0-27) after ninety frantic seconds.

Jason Forde was fouled for a free, which the full-forward converted in the fourth minute, and there appeared to be real bite to Tipperary’s play now. Indeed, Pádraic Maher grabbed the resultant Limerick puck-out and the home crowd found their voice in emphatic terms (1-28 to 0-27).

A Tom Morrissey free gave Limerick some hope, but Jason Forde struck for his second goal in the 79th minute and Tipperary led by a comprehensive six (2-28 to 0-28).

Immediately after the break Brendan Maher set up John McGrath for his fifth point, but Tom Morrissey hit back with a cracking free for Limerick.

A Jason Forde free preceded a Limerick wide when Barry Nash enjoyed a slight sniff of goal in the 85th minute, but it was hard to see a way back for the Shannonsiders now even after Graeme Mulcahy buried a screamer of a shot in the 88th minute.

A David Reidy pointed reeled Tipp in further before Daragh Mooney saved an ambitious effort from Tom Morrissey in the 90th minute with three between them.