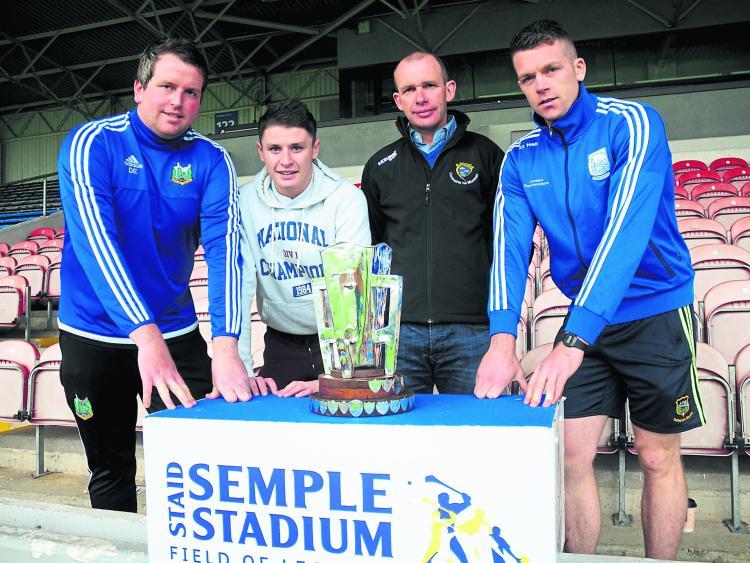 On Sunday afternoon Kilkenny joined Tipperary in the 2018 Allianz National Hurling League final courtesy of their nine-point victory (1-27 to 2-15) over Wexford. As a result the Premier County will take on the Cats in the decider at Nowlan Park, Kilkenny on Sunday, April 8th (3.30pm). And, it's a game that Tipperary corner-back Alan Flynn is eagerly looking forward to.

“It will be nice to get down to Nowlan Park as we haven’t won down there in a while,” Alan Flynn revealed on Saturday evening following Tipperary's 2-13 to 1-31 extra-time win over Limerick at Semple Stadium, Thurles.

“We didn’t do ourselves justice the last time we played down there (lost 2-21 to 2-22) - we let the foot off the pedal, again. We need to win a league. Seamie Callanan is the only player in there (dressing room) that has a league medal and it would be a great start to the year to win a medal,” the corner-back revealed before turning his thoughts to the dramatic semi-final contest with Limerick.

“It's nice to get over the line,” Alan Flynn revealed with a smile.

“Limerick always come back at you - down through the years there has been serious battles between the teams. We kind of let them back into it at the end and they had a chance near the end (to equalise). We kept letting our foot off the pedal when we were going ahead. We will have to look at that,” the corner-back said.

And, although the Kiladangan man is highly-regarded on the Tipperary club scene as a half-back Alan Flynn says he is simply delighted to get his hands on a jersey in the full-back line: “I will stay going as long as I get the jersey. Hopefully, come championship, I will be there, but we have a league final to look forward to first and we will see how we go”.

The competition to get your hands on a starting place in the Tipperary full-back line is fierce and Alan Flynn knows that he simply has to perform in order to retain it.

“If you get the jersey it's up to you to hold it down - you are not a bad hurler if you are hurling with Tipperary and that's the way we look at it,” Alan Flynn explained.

“Every day when we go to Dr Morris Park we put in the hard work and it's good to have competition. I see Willie Connors, from my own club Kiladangan, coming in today and he had a great game. Whoever gets the jersey it's up to the player to hold on to it or not,” Alan Flynn added.