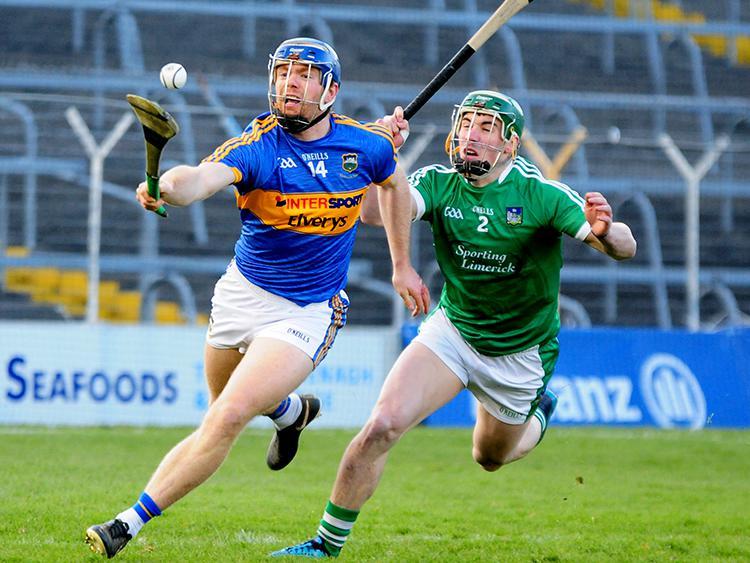 Michael Ryan revealed on Saturday night that Patrick Maher (Lorrha) would be in the frame to start against Kilkenny in the league final, that Joe O’Dwyer (Killenaule) is “back hurling” and that Niall O’Meara (Kilruane MacDonagh’s) is “coming like a train”. The league final will come too soon for Noel McGrath while Séamus Callanan is “making progress” and Dan McCormack is “making a lot of progress “.

Those injury concerns, however, have been soothed by the startling form of Jason Fore. The Silvermines man fired home 2-11 during Tipperary’s 2-31 to 1-31 Allianz National Hurling League semi-final win over Limerick at Semple Stadium, Thurles on Saturday night. And, the quality of the full-forward’s performance was not lost on manager Michael Ryan.

“He was very good, but Jason has been really good for us all league long. As have, literally, the whole of the squad. And, we have had to mix and chop and give guys opportunities - fellas can be off-colour from time to time as well.

“I just think that he's had a really, really good pre-season. Jayo has been there or thereabouts within our match day twenty for the last number of years,” Michael Ryan told the Tipperary Star.

“I think he just reached a time. He has won his Fitzgibbons. He has been a main player for UL (University of Limerick) and I just saw a change in Jayo that he really wants more out of this season. Nothing is promised: you can only offer yourself up and do the work, but he has certainly done the work and that has showed in spades here over the course of the last six or seven games.”

The contest will represent the tenth final meeting between Tipp and Kilkenny in ten years - the record stands at six-two in favour of the Cats (one draw).

Tipperary will be chasing the county’s 20th league title next Sunday, but the Premier County has not collected league honours in ten years (in the 2008 decider Tipp beat Galway 3-18 to 3-16).

And, the Tipperary camp should be eager to make up for last season’s embarrassing 2017 defeat to the Tribesmen in the decider (0-14 to 3-21).

Kilkenny have won seventeen league titles and were last crowned champions in 2014 at the expense of, you guessed it, Tipperary.

Kilkenny invaded Innovate Park in Wexford on Sunday in their respective semi-final and walked away with an impressive nine-point victory (1-27 to 2-15). Although the Cats shipped an early goal Brian Cody’s men hit 1-11 without reply in the opening half and led by eight at the break (1-13 to 1-5). A second Wexford three-pointer made a game of it, but Kilkenny surged toward the finish line in emphatic style with TJ Reid wreaking absolute havoc.

The group phase of their campaign came to a close with another victory over Wexford (0-22 to 0-19) while Brian Cody's men also saw off Offaly at the quarter-final stage of the competition (0-24 to 1-19).

Watch out this Sunday for an enterprising Kilkenny team who have adopted a reasonably innovative style of play. Pádraig Walsh and Cillian Buckley will feature at the heart of Brian Cody’s defence while Richie Leahy and James Maher are catching the eye in the middle of the field. And, please be mindful of the raw ball-winning ability of Martin Keoghan, TJ Reid and Walter Walsh up front.

Kilkenny's thoughtful approach play could, potentially, contrast starkly with that of Tipperary.

Against Limerick the quality of delivery from the Tipp defence was not impressive. Limerick appeared to have a solid idea of what they were trying to achieve while Tipp’s approach play was reliant on booming deliveries, breaks and individual talent. Indeed, if both sides persist with their respective philosophies it will be interesting to see what dividend the Limerick game plan yields this summer.