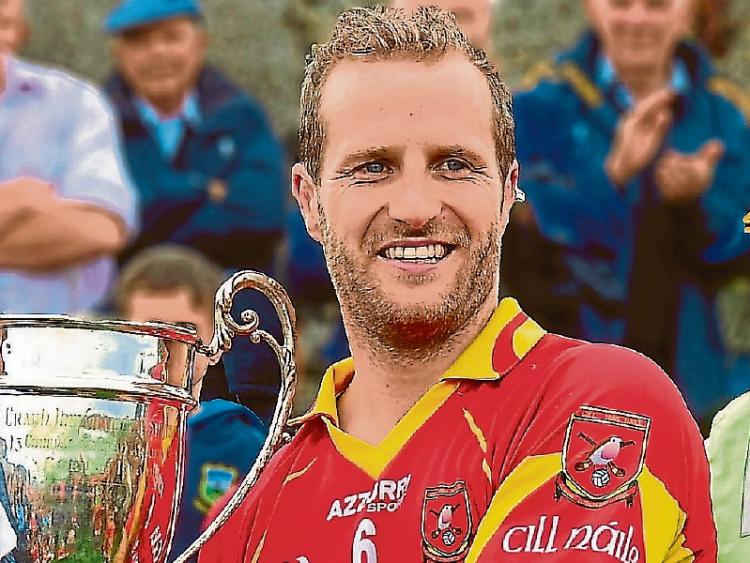 The South Tipperary Senior Hurling Championship opened at Monroe last night (Wednesday), and in a repeat of last year’s divisional decider Killenaule this time got the better of the Carrick Swans.

It was a big shock last summer when ‘The Robins’ were overturned by a young Swans side in the final and even though there was no complacency last night, Killenaule still needed to call on all their physical strength and experience to win through for a semi-final place against St. Mary’s.

The other semi-final, in a somewhat novel knock-out South Championship this year, will be between Mullinahone and Ballingarry.

Killenaule had the better start and were 0-3 to 0-1 up before former county player Kieran Bergin goaled in the 10th minute after a great run through the centre by current Tipp player Paudie Feehan. Gavin O’Halloran was hurling superbly in the middle of the field for the boys in black, and having scored his side’s opening four points - two of them long range efforts -  the ciotóg managed to cut a sideline ball from all of 40 metres to the Killenaule net to leave just a point between the sides after 14 minutes, 1-5 to 1-4 for Killenaule.

A lovely over-the-shoulder point by Aaron Dunne levelled the game a minute later, but Killenaule, with Joe O’Dwyer impressing at centre-back, got in front again quickly and kept a two or three points lead all the way to the break. Kieran Bergin and Eoin O’Connell with a pair of points each and another from Dean O’Connor supplemented the freetaking of Joe O’Dwyer (2) and  a returned Patrick Kerwick for Killenaule, while for the Swans Eric O’Halloran (2), Aaron Dunne and Luke O’Dwyer with some great points kept the reigning champions in the hunt.

Aaron Dunne and Eric O’Halloran had the first two points of the second half, and after a pair of frees were shared by 'Festy' Kerwick and Gavin O’Halloran, Eric O’Halloran sent over a superb point from the wing for the Swans - fielding one of their youngest sides ever in senior championship - to level the game at 1-14 each midway through the half.

Another upset was now on the cards but Killenaule – who left John Bubbles O’Dwyer on the bench – dug deep. Three points in a row from former Tipperary senior Kerwick put a gap (but not daylight) between the sides with five minutes remaining and it seemed a physically stronger Killenaule would win through. But the Swans kept coming and two well-taken points in quick succession from substitute Dwayne Fogarty and Aaron Dunne had them back within a point as the clock went into added time.

The game was finally put to bed in the 61st minute when Liam Bergin operating at corner-forward, created a chance and second half substitute Eoin Barry whipped the ball off the ground from close-in past Kieran Lonergan to send Killenaule through to the last four.

Killenaule were relieved at the end to have progressed and never looked really comfortable at any stage of the game. Joe O'Dwyer at centre-back held them together in defence with Killian O'Dwyer and Paddy Codd solid. Eoin O'Connell did well at midfield with Patrick Kerwick and Kieran Bergin the pick of the forwards. For a young Swans side with a few just out of minor grade - and without the experienced Gerry Walsh and Kevin Lanigan to call on - this was a very decent showing in the circumstances. They seemed the more fired up from the outset and it was only a goal in time added-on that eventually saw their reign as South champions come to an abrupt end. Gavin O'Halloran with 1-7 contributed immensely with some long range points and a superbly executed line ball that went all the way to the net. Eric O'Halloran and Aaron Dunne with four points apiece weren't far behind either, while in defence Scott Hogan, Billy Murphy and Colin Loughman had their moments.