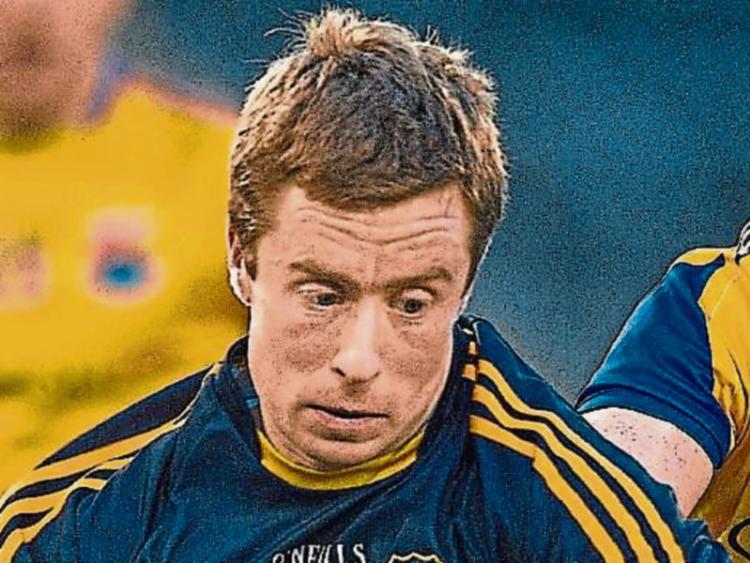 Brian Fox was in top form for Eire Og

A poor second half display cost Killenaule dearly as they lost to Eire Og Anacarty, 0-16 to 1-11 in awell-contested Tipperary Water county senior hurling championship group 2 first round game at Dundrum on Sunday.

Regarded as one of the top games in the championship this was a really fine contest with Eire Og coming from being eight points down nearing half-time to snatch the honours with a four points winning flourish in the closing eight minutes.

There was not a lot between these sides and the deciding factor in favour of the West lads appeared to be that they wanted the win more than their rivals. Always competitive, Eire Og  showed greater heart for the battle, confining Killenaule to three points in the second half, only one of which was from play.

That kind of performance was not going to win a championship battle for a Killenaule side who in the first half looked very slick forging a 1-8 to 0-3 lead after twenty minutes. Kieran Bergin was causing huge problems to the Anacarty defence and it was he who set up the chance for John “Bubbles” O’Dwyer to score their goal in the 15th minute for a 1-6 to 0-3 lead.

Eire Og finished the half strongly. Seanie Ryan(2) and goalie Daragh Mooney(2), all from frees, landed points that left them only four adrift,(0-7 to 1-8) having played against the fresh breeze in the opening period. Clearly the points were very much up for grabs.

The resumption saw Eire Og pick up the pace of their game and inside seven minutes they cut the lead to a point thanks to efforts from Sean Ryan and Dinny Crosse(2). Joe O’Dwyer, an inspirational figure at the heart of the Killenaule defence, pointed a free to stem the tide but Sean Ryan once more responded for Eire Og, who also saw three long-range efforts from goalie Darragh Mooney tail wide.

Killenaule were struggling but when Joe O’Dwyer and Tom Stakelum, who had just come on, clipped over points to put them three clear, it looked as though they might pull clear. However, Eire Og came with a late surge.

Conor O’Brien, Brian Fox, Darragh Mooney and Sean Ryan were all on target to send them two clear despite the best efforts of the South lads to redeem the situation with a late goal.

In this very competitive group which also features Kilruane and Toomevara, this was a huge  win for Eire Og. They have regularly been in the shake-up for the knock-out stages and given their spirit and  level of serious ability, they have every reason for optimism again this year.

They have a lot of leaders on the field, Brian Fox in particular  covering vast ground, and using the ball intelligently. Conor O’Brien, Tom Fox, Dinny Crosse, Ronan O’Brien and Steven O’Brien also contributed handsomely to an important win.

Having defeated Carrick Swans midweek in the South championship, Killenaule looked primed for a further win and they will be very disappointed at their second half showing which was well below their normal standard.

They now find themselves with some serious work to do to qualify for the knock-out stages and they cannot afford another lapse like this.

County men John O’Dwyer and Jimmy Feehan  did not have the expected influence on the game but Joe O’Dwyer was rock-solid at centre back.

Stephen Browne and Eoin O’Connell  did well in defence with Michael Doyle also to the fore. Kieran Bergin so influential early on, was less so later due to the poor service to his department.