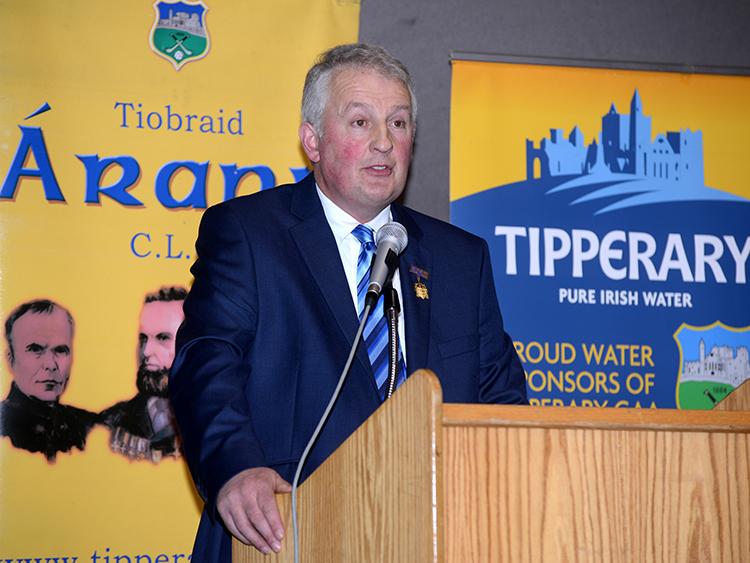 Speaking at the April meeting of the County Board in the Sarsfields Centre, Thurles chairman John Devane revealed that he would personally “love to see” the fixtures issue resolved regarding the Munster Council decision to bring the potential provincial football semi-final between Cork and Tipperary forward to May 26th.

A meeting of the provincial council's Competitions Control Committee took place on Thursday, April 5th and agreed that the potential Munster Senior Football Championship semi-final between Cork and Tipperary (should Liam Kearns’ men beat Waterford in their respective quarter-final) will take place on Saturday, May 26th at 7pm in Semple Stadium, Thurles.

This game was originally scheduled to take place a week later and complicates matters for Liam Kearns’ Tipperary significantly. Heretofore Tipperary were planning to face Waterford on Saturday, May 19th and then enjoy a two-week break before facing a potential semi-final against Cork. Now, however, should Tipperary beat Waterford in the quarter-final the Premier County face a seven-day turn around before taking on the Rebels in the semi-final.

The original (potential) contest between Tipperary and Cork was scheduled for Sunday, June 3rd which conflicted with Tipperary and Waterford's meeting in the Munster Senior Hurling Championship on the same day in Limerick.

Subsequent to the decision Tipperary senior football manager Liam Kearns questioned the integrity of the competition on Tipp FM and also warned that the Premier County may not attend the Munster championship launch on Monday, April 30th in protest.

“The integrity of the Munster Senior Football Championship has been compromised,” Liam Kearns argued on Tipp FM.

“We would love to see this resolved to give our lads as much of a chance as possible,” John Devane told delegates at the April meeting of the Tipperary County Board. Mr Devane also revealed that the issue had “caused a lot of discussion and debate”.

The County Board chairman discussed the context surrounding the decision made by the provincial council and revealed that the “Munster Council asked the counties involved to come to an agreement”.

“We looked at a lot of different options,” added chairman John Devane.

Meanwhile County Board secretary Tim Floyd revealed that “we gave all the options to the team management” and “none were acceptable to our management”.

When invited to contribute to the discussion Munster Council representative Ger Ryan explained that when the counties involved could not come to an agreement the matter was referred to the provincial CCC where an 85% majority voted to re-fix the potential game for May 26th.

Speaking on behalf of the Football Board, which is a sub committee of the County Board, secretary Hugh Coghlan (Moyne-Templetuohy) suggested that the Tipperary senior football management were now in favour of playing the potential contest against Cork on Bank Holiday Monday, June 4th.