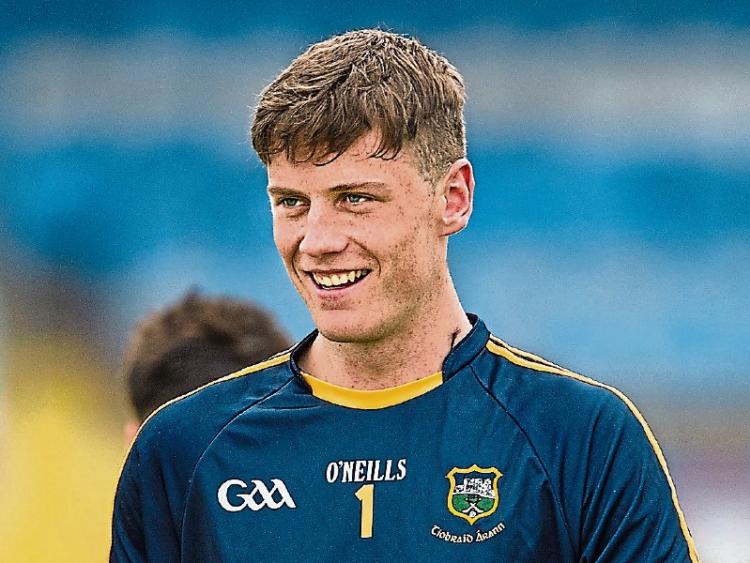 Tipp goalkeeper Evan Comerford who was on target once again for Kilsheelan United on Sunday last.

Tipperary senior footballers might be blessed with forwards of the calibre of Michael Quinlivan, Conor Sweeney and others at present, but could manager Liam Kearns ever be tempted to give the All-Star nominated keeper Evan Comerford at go at full-forward? Remember he did play at full-forward up to minor for Clonmel Commercials before converting full-time to goalkeeping.

The Kilsheelan/Kilcash clubman has been on fire all winter as a striker for Kilsheelan United and was on target yet again on Sunday last against his old teammates Clonmel Town in Division 2 of the TSDL.

By all accounts Comerford enjoyed his headed equaliser in injury time.

In a game in which both teams needed the points to keep alive their slim promotion chances, this was played at a very quick pace and both sides had a couple of half chances early on to open the scoring.

It wasn't until five minutes before the break however before Richie Crowe reacted to a mix up in the Kilsheelan defence to coolly slot home the games first goal.

The home side came out flying for the second half and took total control of the game, and should have increased their lead five minutes in, but Shane Foley was denied by Stephen McGrath in goal for the visitors.

The keeper proved to be the difference when keeping Town out again on the hour mark, denying Foley a second time. Although the home side were creating chances from almost every attack, poor finishing and some smart saves meant that Town couldn't put the game to bed.

They were made pay for this deep into injury time, when ex Town player striker Evan Comerford headed home to score a deserved equaliser for Kilsheelan, giving the teams a share of the spoils. With both sides needing points to pull away from the relegation spots, Donohill managed to win this game by the odd goal in seven to keep that particular battle bubbling for a few more weeks yet.

The visitors flew out of the blocks and were a goal in front after only two minutes courtesy of Jamie Tierney. The home side reacted well and pulled a goal back shortly after from the penalty spot.

Alex Meaney was hauled down in the area, and Cian Duggan slotted the resultant kick to the net.

Ten minutes later there was almost a carbon copy of the goal with Duggan putting his side in front from the spot, and five minutes before the break Alex Meaney increased the lead to 3-1 when he beat the offside trap to slot home.

This looked like being a vital score but a minute before the break the visitors grabbed a life line when they pulled a goal back, again from the penalty spot, to send the game in to the break on a 3-2 scoreline.

Donohill had the wind in their sails in the second period, and dominated proceedings finally scoring an equaliser when they forced an own goal from the Celtic defence.

Twenty minutes from time they scored the decisive goal of the game when Kevin Browne found himself in space and he beat the home keeper with a well taken effort, to secure all three precious points.