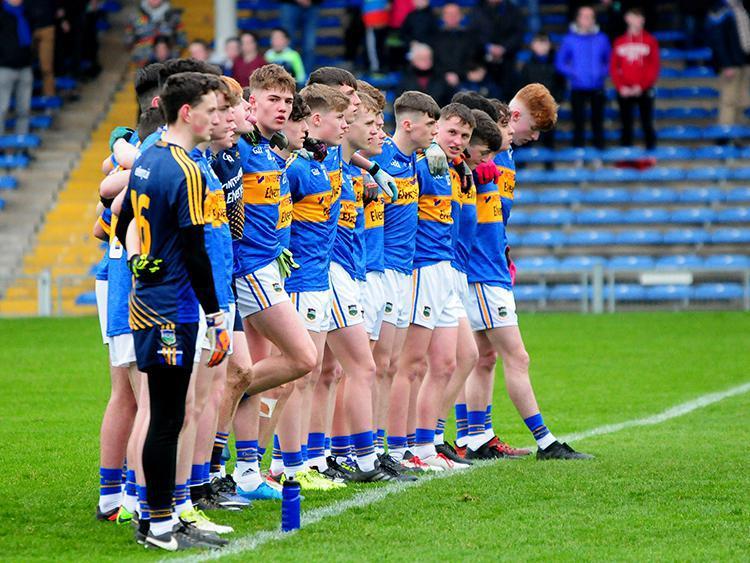 The Tipperary minor football team pictured during the national anthem before their recent meeting with Kerry at Semple Stadium, Thurles. Photo: Eamonn McGee

The Tipperary team has been named to play Waterford in the Electric Ireland Munster Minor Football Championship semi-final play-off 2 on this Wednesday, April 25th in Leamybrien, County Waterford at 6.30pm.

In their opening game in this year's Munster championship the Tipperary minor football team lost to Kerry (0-4 to 1-15) at Semple Stadium, but Matt O'Doherty's resurgent men regrouped from that defeat and beat Limerick after extra-time (2-12 to 1-11) in Newcastle West on Wednesday, April 18th. Now the Tipperary minor footballers prepare for another play-off against Waterford on Wednesday, April 25th in Leamybrien with a place in the semi-finals against Clare up for grabs.