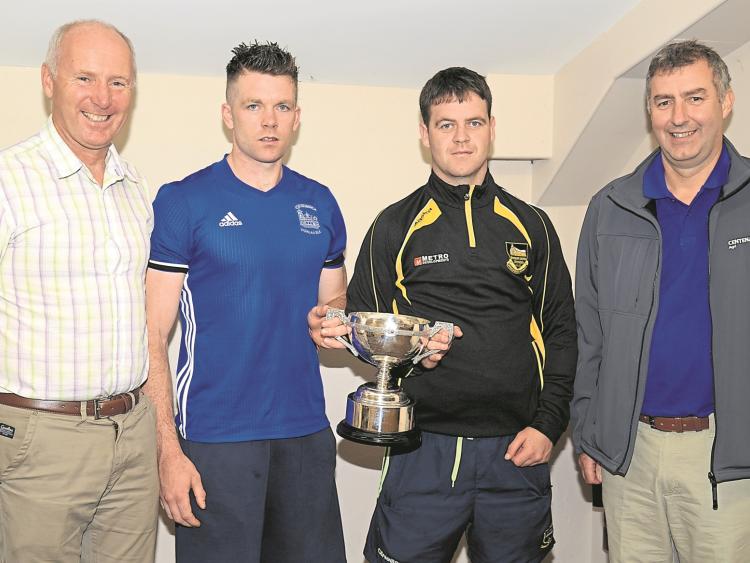 The Centenary Agri Mid Tipperary Senior Hurling Championship gets underway this weekend with two cracking double headers poised to capture the imagination of GAA fans from right across the county.

And, fittingly the Mid Tipperary Board have launched an innovative weekend match pass at the terrific price of just €20 - for that more than reasonable sum supporters get access to both of this weekend's double headers (a €10 saving for adults).

Then on Sunday, April 29th The Ragg will host another double header - JK Bracken's collide with Clonakenny at 1.30pm while Moycarkey-Borris and Holycross-Ballycahill meet at 3pm - extra-time will be played in all quarter-finals if required.

Dolla will host a double header on Sunday, April 29th - at 2pm Newport take on Kilruane MacDonagh’s and at 3.30pm Kiladangan face Borris-Ileigh.

On Sunday, April 29th St Mary's Clonmel and Killenaule will battle it out in a Clonmel Oil South Tipperary Senior Hurling Championship semi-final at Fethard (6pm) for the right to face Mullinahone in the decider while the West Tipperary Senior Hurling Championship final between Clonoulty-Rossmore and Éire Óg Annacarty will take place on Sunday, April 29th in Cappawhite at 3pm.

Following this weekend no club senior hurling championship games will take place until Tipperary's inter-county football and hurling campaigns come to a conclusion - Liam Kearns' Tipperary footballers will take on Waterford in the Munster Senior Football Championship on Saturday, May 19th while Michael Ryan's inter-county hurling team take on Limerick in the revamped Munster Senior Hurling Championship on Sunday, May 20th.

Essentially, the structure of the Munster Senior Hurling Championship practically means that senior club hurlers will not play a championship game in May, June or July unless the inter-county hurlers and footballers endure disastrous campaigns.

Indeed, County Board secretary Tim Floyd warned in September 2017 that the newly-inaugurated inter-county championship structure would take “summer hurling” away from the club player.

“Shutting down the club championship from May to August is not acceptable,” secretary Tim Floyd said when he spoke out against the introduction of the new provincial structure.

The reality of the situation is now hitting club people across the county with all the subtlety of a sledgehammer while we also brace ourselves for club fixtures chaos later this year.