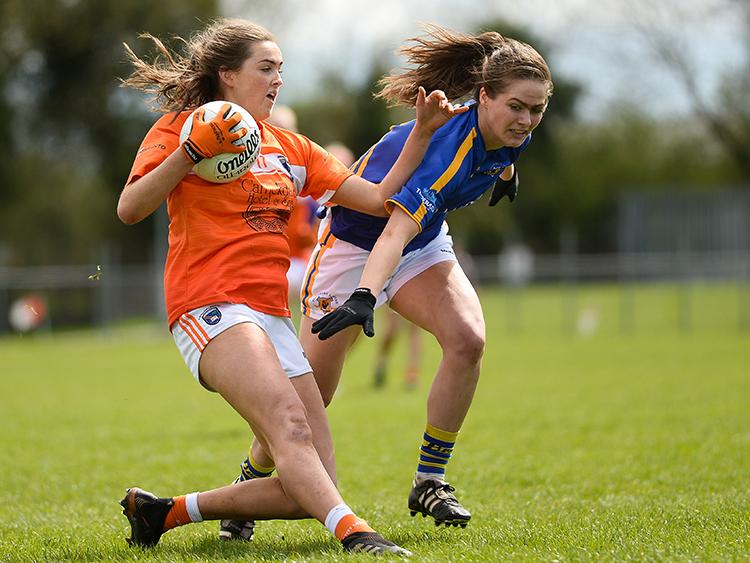 The Tipperary ladies football team saw off the challenge of Armagh (3-10 to 4-6) in the Lidl Ladies Football Division Two League semi-finals at Kinnegad in Westmeath recently and that victory propelled Shane Ronayne’s team into the final against Cavan at Parnell Park, Dublin on Sunday, May 6th (throw-in 2pm) - the division two decider will serve as a curtain-raiser for the division one final at the same venue between Dublin and Mayo (4pm).

In the opening minute of the second half Tipperary trailed Armagh by a whopping nine points (1-3 to 4-3), but the Premier County staged a dramatic comeback to rescue the situation with late points from Aishling Moloney and Kate Davey securing a famous win. Mairéad Morrissey, Gillian O’Brien and Róisín Howard notched the goals during this stirring display.

The extraordinary undefeated run of the Tipperary ladies football team came to an end on Sunday, April 8th at the Waterford Institute of Technology when the Premier County lost to Waterford on a 2-6 to 1-19 scoreline - as a result Tipperary finished second to the Déise in the division two table on scoring difference. Indeed, it is interesting to now note that Cavan beat Waterford (1-8 to 0-8) in their respective last four clash.

See below for highlights from Tipperary’s stunning semi-final win over Armagh.