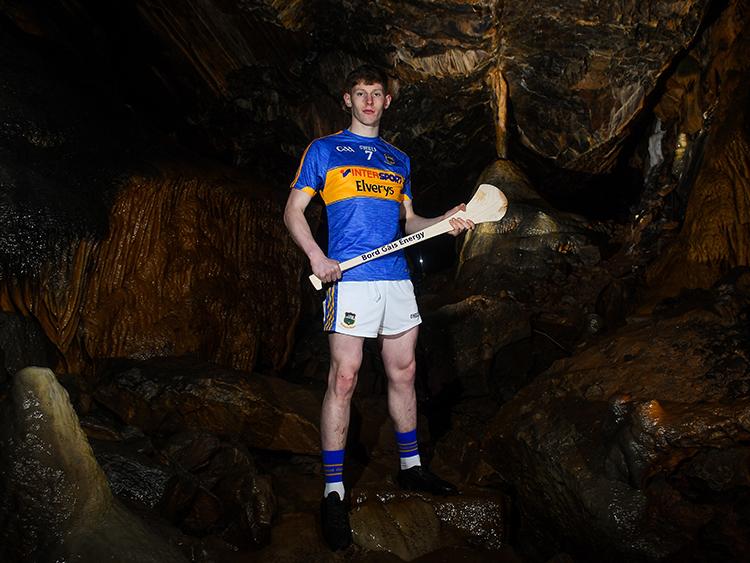 Tipperary have won one All-Ireland under-21 title during the past twenty-three years (2010), but if you are concerned about the Premier County's place in the hurling world fear not: a new generation of talent is poised to emerge under manager Liam Cahill and that generation features Paudie Feehan. Indeed, it was an absolute pleasure to sit down with the Killenaule man this week - Feehan is enthusiastic, positive and has a bomb-proof mentality which suggests that Tipperary hurling is in rude good health.

Tipperary will, of course, launch their under-21 provincial and All-Ireland hurling championship campaign on Thursday, June 21st (7.30pm) when the Premier County host Clare or Limerick in a Munster semi-final at Semple Stadium, Thurles (Limerick and Clare collide on May 7th).

Since the competition was first inaugurated in 1964 Tipperary have won nine All-Ireland titles. The blue and gold did quite well, initially, when winning eight titles in thirty-one years, but since 1995 the Premier County has claimed just one more crown (2010) - during the past twenty-two seasons Limerick have won five titles, Kilkenny five, Clare four, Galway four, Cork two and Waterford one.

There is hope, however, as manager Liam Cahill prepares to guide his charges into this summer's campaign. Indeed, the current panel is packed with players who won an All-Ireland minor hurling championship in 2016.

Ironically enough Paudie Feehan has little or no underage inter-county pedigree. Instead, the Killenaule man has worked diligently on his game, hurled up a storm at club level and has enjoyed a whirlwind seven months.

Within six weeks Paudie Feehan found himself pulling on the Tipperary senior jersey when he was introduced as a second half substitute in place of club colleague Joe O'Dwyer in a challenge match against Slaughtneil Robert Emmets in Castleknock, Dublin on December 30th. Then, just a month and a bit later, Paudie Feehan started and finished Tipperary's Allianz National Hurling League clash with Waterford at Semple Stadium, Thurles on February 3rd while he also started and finished the league game against Wexford two weeks later.

Looking back now on the experience Paudie Feehan admitted to the Tipperary Star that the call-up to the Premier County's senior hurling panel was a “big shock”.

“I was surprised because I never played hurling underage with Tipp. So, I got a big shock, but it's great - it's a great opportunity. It's great to get a call like that, especially when you are not expecting it. And, it has been a great experience to be playing with the best hurlers in the county. I had not experienced anything like that before; every day that you go training you are learning. On and off the field the players are a great help to you; you see in the gym how they work so hard - it's great to able to learn from them.”

The prospect of having to face into a pre-season strength and conditioning programme with Tipperary didn't daunt the Killenaule man. Feehan featured on the Rockwell College rugby team which won the Munster Senior Schools Cup in 2015 so an intense S&C programme was nothing new to him.

Paudie has also worked his way back from a broken ankle (two surgeries) and, of course, he had the example set by his brother Jimmy to follow - Jimmy Feehan has been an outstaniding player for the Tipperary senior footballers for the past three seasons. Meanwhile Paudie is a first cousin of Loughmore-Castleiney's John Meagher and also had club colleague Declan Fanning to lean on. Indeed, Feehan described Fanning, the Tipperary senior hurling coach, as his idol.

“He's great and he has been great for the club as well. He hasn't played any senior (games) with us this year, but it was great to have got two years (playing) with him in both hurling and football. He is just an unbelievable person,” Paudie Feehan said.

Paudie Feehan may not have enjoyed the experience of playing underage hurling at inter-county level, but the Killenaule man seems to be bred for it all the same. Indeed, when presented with the challenge of actually playing for Tipperary the wing-back took it all in his stride, even when he was told during the warm-up that he was playing against Waterford during this year's Allianz National Hurling League campaign.

“I came on for the last ten minutes of the Slaughtneil (challenge) match. I didn't really expect to be playing that day either so it was great and it was the same with the league,” Paudie Feehan explained to the Tipperary Star.

“I came in the first day (against Waterford). I wasn't expecting to be playing and I didn't actually have any nerves. I just had a clear head going into the game because I actually did not have a lot of time to think about it. I just got the call in the warm-up, but it was a great experience,” Paudie Feehan added with a beaming smile.

The Tipperary under-21 project will be driven this season by manager Liam Cahill (Ballingarry) and coach Michael Bevans (Toomevara). And, although Paudie Feehan was passed over as a minor by the management team led by Liam Cahill the Killenaule man is more than sensible in his assessment of the situation.

“I had just broken my ankle when I was under-17 and I had played very little hurling. So, I don't really know if I deserved to be on the panel.”

However, since recovering from a brace of ankle surgeries Paudie Feehan has rebuilt his hurling career and is grateful to the opportunities provided to him by his club, Killenaule.

“I am lucky enough to be from a club like Killenaule - we are a senior hurling club and you get plenty of senior hurling games. When I came back from my (broken) ankle we actually got to a county senior hurling semi-final,” Paudie Feehan explained.

“So, they are great games to be involved in and they bring you on tonnes, especially when you are trying to manage the difference in jumping up from underage. We have great lads around us in Killenaule as well; the older lads have been through it all before and they are always there to help you,” Paudie Feehan added.

Although the Tipperary under-21 hurlers are preparing to face Limerick or Clare on June 21st the Premier County's senior hurlers are planning for the Munster championship which will be played on a round robin basis for the first time this summer - on May 20th Tipperary travel to face Limerick, host Cork on May 27th, are away to Waterford on June 3rd and home to Clare on June 10th. Indeed, a successful campaign will see Tipperary qualify for the Munster Senior Hurling Championship final on July 1st.

And, over the coming weeks Paudie Feehan knows that like every other member of the senior panel he enjoys an opportunity to nail down a Tipperary jersey.

“We have a big three weeks of training to go now,” Paudie Feehan revealed.

“I suppose that the places are up for grabs and if I perform in training I hope to have a chance to play. And, even if you don't get your chance the first day you could get a chance over the four weeks because we have four games in four weeks. So, there are going to be injuries and, hopefully, I will be able to take my chance if it comes.”

On Monday, May 7th Gortnahoe-Glengoole will host the annual Tom O’Hara Tournament between the Tipperary under-21 hurlers and their Kilkenny counterparts (throw-in 7pm). And, manager Liam Cahill has named a match day panel to face the Cats for this enticing challenge match - the Premier County’s under-21 championship panel is not yet finalised with players battling hard to nail down their spot ahead of the up-coming Munster championship campaign.

Admission to the game is priced at a reasonable €5 (under-16s free) while all proceeds go to the Gortnahoe-Glengoole GAA Club who are working hard to develop their facilities.

And, the Tipperary under-21 hurling match day panel reads as follows:

The Tipperary under-21 squad are, of course, preparing to take on Clare or Limerick in a Munster semi-final scheduled to take place at Semple Stadium, Thurles on Thursday, June 21st (7.30pm) - Clare and Limerick meet in the preliminary round on May 7th.

Liam Cahill signed off on his four-year term as Tipperary minor hurling manager at Páirc Uí Rinn, Cork in 2017 when his determined side lost out narrowly in a thrilling Electric Ireland Munster Minor Hurling Championship clash with the Premier County’s age-old rivals (2-19 to 2-22).

Tipperary drew with Cork (2-18 to 1-21) after extra-time in Semple Stadium, Thurles on Thursday, June 29th before losing out to the Rebels in a replay on Monday, July 3rd.