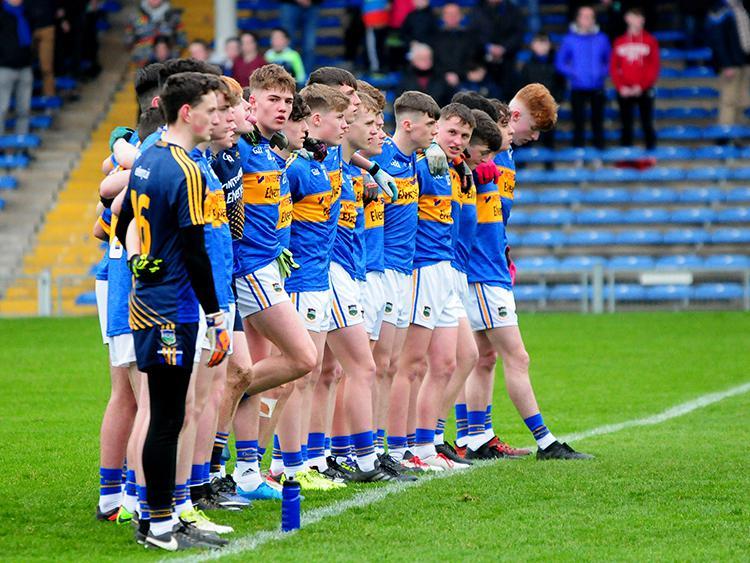 A five-point win over Waterford (2-11 to 2-6) at Leamybrien in Waterford on Wednesday, April 25th propelled the Tipperary team into the semi-finals of the Electric Ireland Munster Minor Football Championship against Clare - that last four clash will take place on Tuesday, May 8th at 7pm in Semple Stadium, Thurles.

In their opening game in this year's Munster championship the Tipperary minor football team lost to Kerry (0-4 to 1-15) at Semple Stadium, but Matt O'Doherty's resurgent men regrouped from that defeat and beat Limerick after extra-time (2-12 to 1-11) in Newcastle West on Wednesday, April 18th.

And, the Tipperary team to play Clare reads as follows:

Speaking following the win over Waterford manager Matt O'Doherty said: “We are delighted to get over the line, but we also know that this performance won't do against Clare. We've a lot of work to do.

“We have seen a lot of Clare from their game against Limerick. We haven't a lot of work done on them yet, but we'll get our video analysis guys on the case and we'll see what we can learn. We've come up against Clare in the last two years and we haven't been successful. We know they're doing Trojan work underage so we know we'll really be the underdogs in the semi-final, for sure.

“We haven't been playing minor football this late in the year for a couple of years. It's great, it's a Munster semi-final. The carrot (for the winners) is a place in the Munster final and All-Ireland quarter-final which means you're playing football until August. There's a huge carrot there for us next week. We know we're up against it, but the carrot is there for us. The lads' form is great, so hopefully we'll give it a lash next week and see what happens,” the Arravale Rovers man added.