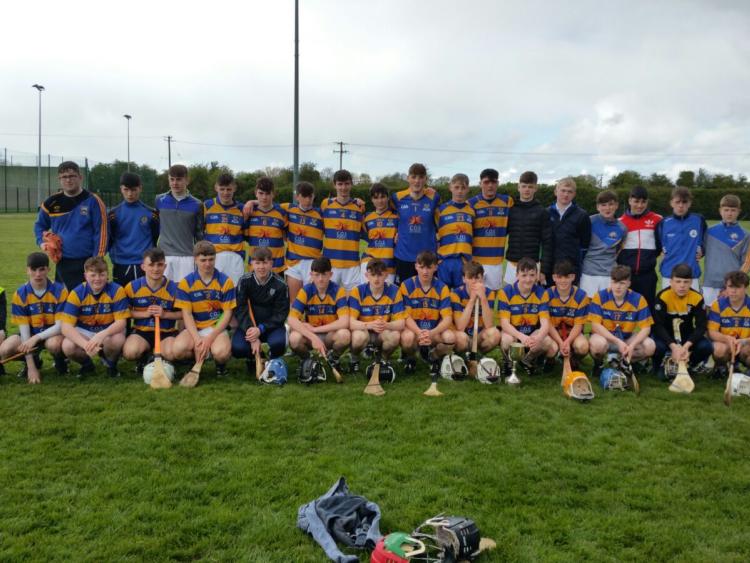 Both teams deserve great credit for their performances in a game played at times in beautiful sunshine and at times heavy rain.

Thurles CBS were 1st on the score board when Mark Stakelum pointed a free, and both sides traded score in the opening 15 minutes. CBS then scored a well worked team goal, finished by Gavin Moriarty, to take a 1.4 to 0.3 lead. Cashel responded with points from Aaron Browne, F O Donoghue, Aaron Moloney and Jack McGrath, while CBS scored 3 frees. Thurles led 1.7 to 0.9 at half time.

The 2nd half proved even more exciting, with both sides exchanging points, and never more than 1 score between the sides. Thurles led by 1 with 10 minutes left, but Cashel refused to give up and scored the final 3 points of the game, to win by 2.

Both teams had quality players on view, with the 4 current County Minors, Conor O Dwyer and Aaron Browne from CCS, and Frank Hanifan and Paddy Creedon (football) all impressing. On the day Cashel showed real heart and desire, with no little hurling, and were a very even team.

Chris Geraghty was very composed in goals, with Tomas Bourke, Conor Farrell and Conor O Dwyer excellent in front of him. Captain Aaron Moloney was excellent in midfield throughout, while Aaron Browne was the main scorer in a hardworking forward line. Thurles were best served by Frank Hanifan, Cian and Paddy Stakelum, Paddy Creedon and Ciaran Lloyd.