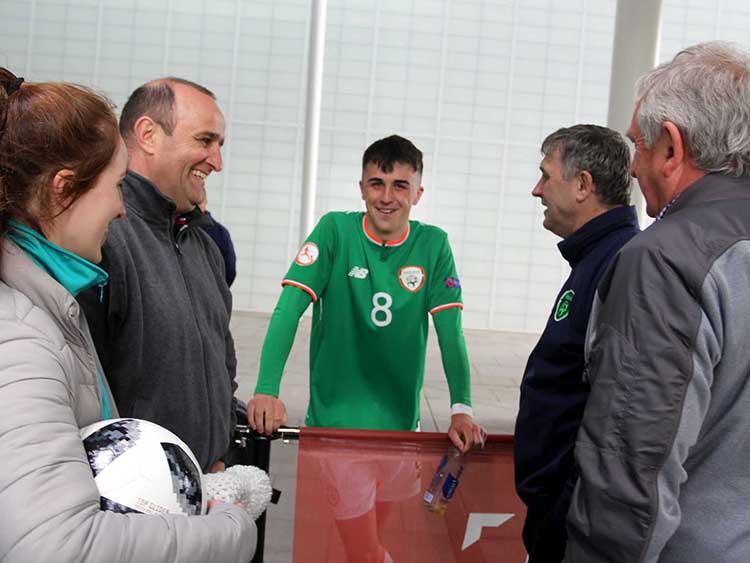 Barry Coffey pictured with fans at the European Under-17 Championships in England. Photo: Bridget Delaney

The European Under-17 Championships ended in quarter-final heartache for Nenagh’s Barry Coffey on Monday night, May 14th when the Republic of Ireland controversially lost on penalties to tournament favourites the Netherlands.

In normal time the Republic of Ireland under-17 team fell behind to the Netherlands, but Barry Coffey set up the equalising goal for Troy Parrott in the 64th minute.

Irish goalkeeper Jimmy Corcoran made a terrific save to force a sudden death shoot-out (4-4); that is until referee Zbynek Proske (Czech Republic) ruled that Corcoran had advanced off his line prematurely. As a result Corcoran was sent off for a second bookable offence and the Netherlands scored the re-taken spot kick to win the penalty shoot-out (5-4).

The defeat brought to an end a terrific campaign for the Republic of Ireland - Colin O’Brien’s side lost their opening game to Belgium (0-2), but re-grouped to beat Denmark (1-0) and Bosnia & Herzegovina (2-0) to qualify for the last eight in the competition.