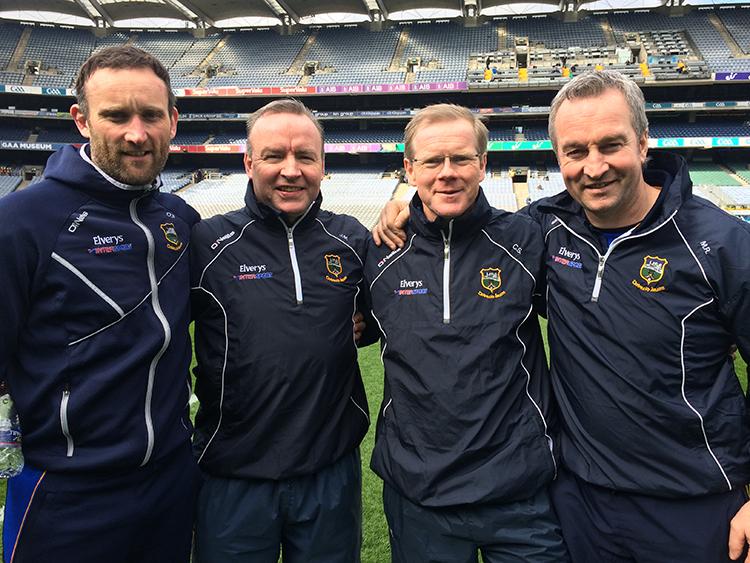 Three Tipperary inter-county teams are prepared for battle on three Munster championship fronts this weekend - on Saturday, May 19th the Premier County's senior football team host Waterford in a provincial quarter-final at Semple Stadium, Thurles (7pm) while on Sunday, May 20th both the minor and senior hurlers make their championship debuts at Páirc na nGael, Limerick. Tommy Dunne's minor team face their Limerick counter-parts in the revamped Munster championship at 12 noon while at 2pm the senior collision with the Shannonsiders takes place.

Within the lore of hurling tradition the Limerick-Tipperary rivalry is hard core and endorsed by a heaving mass of history.

The Premier County have encountered the Shannonsiders on sixty-eight championship occasions with Tipperary leading the head-to-head 35-23 (ten draws), but going by the nature of the recent national league semi-final between the sides, which Tipp edged after extra-time (2-31 to 1-31), nothing will come easy at Páirc na nGael on Sunday.

Having beaten Limerick in the 2015 and 2016 Munster campaigns the blue and gold are chasing a third consecutive championship win over Limerick this Sunday.

And, following this weekend's contest Tipperary will host Cork (2pm) on Sunday, May 27th and travel to face Waterford at Páirc na nGael, Limerick on Sunday, June 3rd (4pm) while the Premier County host Clare on Sunday, June 10th (2pm).