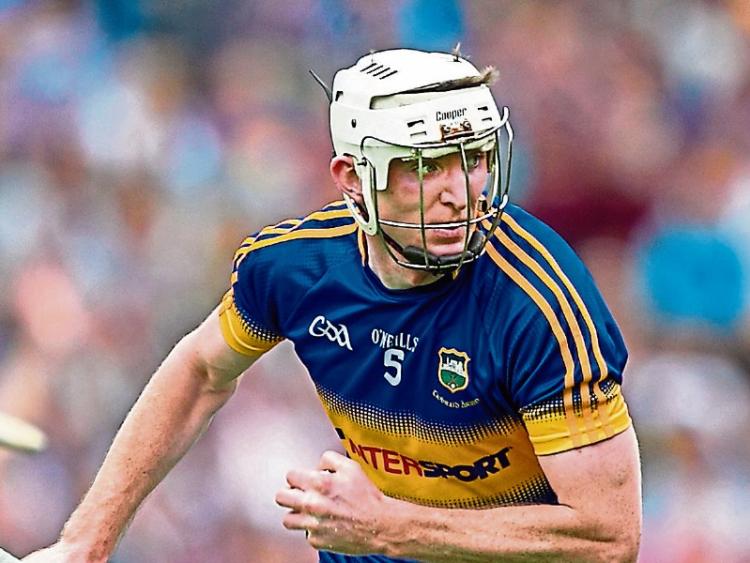 Seamus Kennedy (St. Mary's, Clonmel) who will start at full-back for Tipperary on Sunday next against Limerick.

The Tipperary senior hurling team to play Limerick in Round 1 of the Munster Championship in the Gaelic Grounds on Sunday next 20th May has been announced and it throws up quite a few surprises in team selection and positions.

St. Mary's (Clonmel) Seamus Kennedy, who up to now has figured mostly as a wing-back or midfielder, will start at full-back, a position James Barry occupied in the recent league final against Kilkenny.

Tipp go with a completely new midfield pairing of Willie Connors and Billy McCarthy. Connors was a surprise started at corner forward for the league final, but now finds himself wearing No. 8 on Sunday at the Gaelic Grounds.

Brian Hogan has displaced Darragh Mooney in goal, Mooney held the position for the league final.

In a welcome development Dan McCormack and Noel McGrath return from injury having both missed the league final at Nowlan Park.

Bubbles O’Dwyer starts at corner forward having been introduced as a half-time sub for Michael Breen in the league final.

Thurles Sarsfields Padraig Maher will captain the team from centre-back.

The Tipperary senior team for the game v Limerick (throw-in at 2 pm):