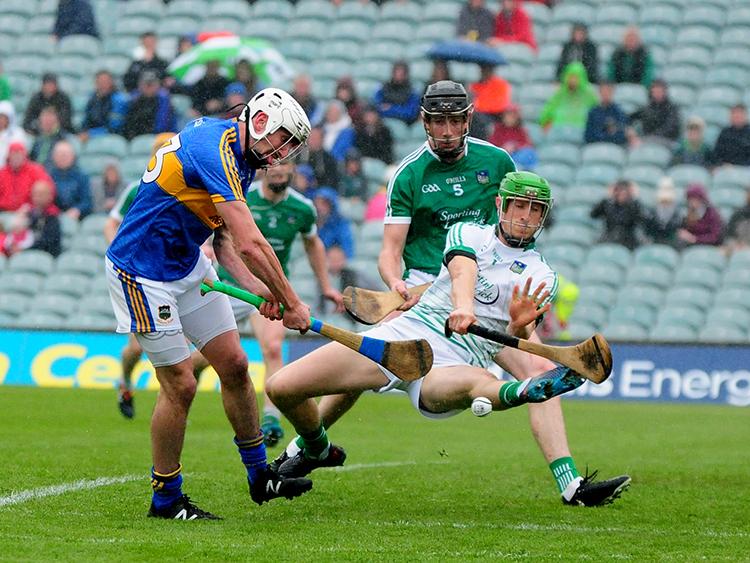 If you suspected that the national media were reasonably harsh in their assessment of Tipperary performance against Limerick at the Gaelic Grounds on Sunday then you were right. The following is a sample of what the various pundits had to say after the Premier County lost by six points to the Shannonsiders (2-14 to 1-23) in the opening round of the Munster Senior Hurling Championship.

“I think the type of ball and the service that the Tipp forward line, and particularly the full- forward line, is getting has a lot to do with it. That needs to be addressed, and addressed quickly”
- Jamesie O'Connor (Independent.ie The Throw-In Podcast)

“Had the men in green had ten points to spare at the final whistle it would not have flattered them in the slightest. Tipperary were dismal”
- Enda McEvoy (The Times, London)

“As if the indignity of that Tipperary performance in the Gaelic Grounds yesterday wasn’t enough, Tipperary manager Michael Ryan chose to put the cherry on the cake when he declined to front up after this latest defeat for his side. Ryan is an All-Ireland winning manager, selector and player, a man of character and substance, so it was strange that he should take such a stand. This was a rash decision, clearly made in the heat of the moment, and yet a chance to change his mind was turned down. Ahead of facing Cork, what fans wanted was some leadership, a rallying call to get behind the team in their hour of need. Instead, there was only silence”
- John Fogarty (Irish Examiner)

“John McGrath can count his lucky stars he wasn’t sent off in the first half. The jab of the hurl on Seán Finn was a dangerous one and I would imagine by the amount of time James McGrath took deliberating with his umpires that he was considering showing a red card.
In the end, he issued a yellow to McGrath but it was red or nothing. Finn did give him a tug first but the reaction was pure frustration from McGrath. That he got to play the entire game was a blessing for him”
- Brian Gavin (Irish Examiner)

“Yesterday Limerick didn’t just out-fight and out-think and out-hurl Tipp - they looked the better, more skillful group of hurlers. While they might not yet have as sublime and proven stickmen as Bubbles, even Jason Forde and the McGraths, whatever limited hurlers were on display here were in blue and gold. It took until the final minutes for that superiority to tell, yet by the end they’d won pulling up, by six points, the most a Limerick side has beaten Tipp in championship since 1981 when Tipp were in the depths of the darkest era in their long history”
- Kieran Shannon (Irish Examiner)

“New format, same old relationship: in a match of measured advantages and score-for-score retaliations culminated inevitably in a desperate scramble as the clock ran down Tipperary. For all of their apparent control, which had seen them stay in front for most of the 70 minutes and find critical goals to subdue the home team, they succumbed to the swirling energies of the green and white opposition and ended the first date in Munster’s round-robin championship six points adrift”
- Seán Moran (Irish Times)

“The summer is still young but Tipp look like a team at a serious crossroads already. They have big names to come back, or to come off the bench, but can they get most of those guys match-fit, fresh and ready for what’s coming down the tracks in six days? If they lose to Cork, even with two games Tipp would see as winnable against Clare and Waterford, Tipp’s season could be on the road to ruin”
- Anthony Daly (Irish Examiner)

“It was a big ask: to ask five guys to go in and make their debuts in the Gaelic Grounds in Limerick”
- Liam Sheedy (The Sunday Game)

“Tipp have put themselves under and that was the worst Tipp performance that I have seen in a long, long time I must say . . . there seems to be a serious lack of drive and appetite”
- Tomás Mulcahy (The Sunday Game Live)

“When they beat Kilkenny in the All-Ireland (final) two years ago we said they were just going to drive on and just dominate, but they have regressed since then; every year they seem to be going back and I think that today was just another low ebb for them again . . . To be fair to Pádraic Maher during the last few years he has really stood up and he had a quiet game today, but who else stood up beside him - absolutely no one”
- Henry Shefflin (The Sunday Game Live)

“As far as I'm concerned, there won't be a player in the Limerick dressing room who doesn't believe they can beat Tipperary after seeing that team. As a player, I always paid attention to who the opposition were starting. Don't underestimate the psychological lift it'll have given them to see so many big names not on that team sheet”
- Jamesie O'Connor (Sunday Independent)

“Where are the big personalities on the Tipp team? Who are the players that drag others with them and make demands that they can’t ignore? On the Tipp teams that I played against in All-Ireland finals you knew that players like Eoin Kelly, Declan Fanning and Paul Curran were driving the others. I would call them character-players. Who are the character-players on this Tipp team? Pádraic Maher, for sure. After that? I don’t know. I love watching the current Tipperary team. I love their style of hurling. They have some brilliant forwards and when they click they are a joy to watch. After they won the 2016 All-Ireland everybody expected them to kick on. They set their hearts on winning back-to-back All-Irelands and they made all the right noises. And, still the wheels came off. Their response to being destroyed by Galway in the league final was to be turned over at home by Cork in the championship. One defeat ran into the other. That is not how champions behave”
- Henry Shefflin (Sunday Times)