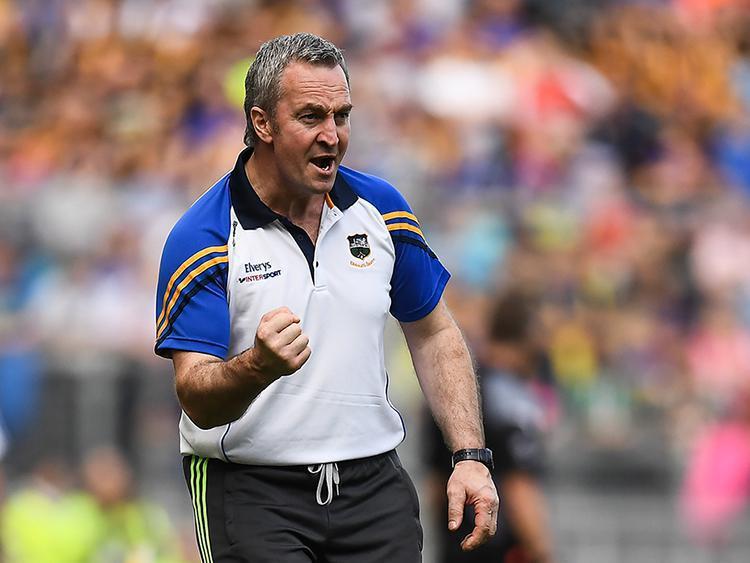 Tipperary manager Michael Ryan has sensibly cleared the air ahead of the key clash with Cork in round two of the revamped Munster Senior Hurling Championship - on Sunday last the Premier County lost by six points to Limerick (1-23 to 2-14) and following that disappointing performance the Upperchurch-Drombane man confounded the issue when he refused to talk to the media.

However, on Tuesday, May 22nd Michael Ryan broke his silence and spoke in detail to Fran Curry on Tipp FM - during the interview the Tipperary senior hurling manager revealed that he would engage with the media going forward and reflected on the disheartening defeat suffered at the hands of the Shannonsiders.

You can listen to Michael Ryan's full interview with Tipp FM by clicking here.

Michael Ryan's decision to speak publicly has been welcomed by supporters of the blue and gold, especially with the key contest with Cork on the horizon. Indeed, Tipperary will battle with Cork on four fronts this weekend.

Bill Mullaney’s Tipperary team will face Cork in the Munster Senior Camogie Championship final on Saturday, May 26th at Páirc Uí Chaoimh, Cork (1.30pm) while later that evening at Semple Stadium, Thurles (7pm) Tipperary take on Cork in a Munster Senior Football Championship semi-final. Then on Sunday, May 27th Semple Stadium, Thurles will host a double header - at 12 noon Tommy Dunne's minor hurling team face Cork while the senior hurlers take on the Rebels at 2pm. It goes without saying that all four inter-county teams will give every inch of themselves in their respective contests.

Speaking on Tipp FM on Tuesday morning Michael Ryan admitted that he regretted the decision to snub the media following Sunday's defeat to Limerick.

Michael Ryan explained that the decision not to talk to the media for the duration of the group phase of the Munster Senior Hurling Championship was taken prior to the game and was not a reaction to Sunday's result.

“We took that decision in the light that we were facing four Sundays in-a-row,” Michael Ryan said.

Michael Ryan went on to say that he intended to speak to the media in the future: “I am certainly not going to do this to myself again. I will be speaking to the media if they want to speak to me after the (Cork) game, no problem. We just want to concentrate on our hurling and anything that is a distraction to our hurling is not welcome. It's not what we are about”.

The Upperchurch-Drombane man also defended his decision to field five debutantes in the starting team against Limerick.

“If anyone has been watching our progress throughout the league they will have seen that we are constantly trying to expand our panel and give real opportunities to as many players as we possibly can; that's a philosophy that we believe in,” Michael Ryan argued.

“Fellas get opportunities based on their performances in our training games,” Ryan added.

“We looked at it in terms of these are the guys who are playing very well for us in training and we wanted to give them the opportunity to play,” Michael Ryan revealed in his interview with Tipp FM.

“This is unprecedented territory, a round-robin Munster championship. We have to turn around week after week. Our panel will be stretched to the hilt. We are constantly trying to expand our panel and give opportunities to as many players as we can. Some of our more experienced players were carrying carrying knocks into the last number of weeks and (were) not at full tilt,” Michael Ryan said.

“We didn’t get the result we were looking for and we need to turn it around in the next five days,” Ryan added.

“Criticism is part and parcel of what we do. We go out there and put ourselves on the line each and every day that we play and we aim to do our very best all the time,” Michael Ryan said.

“Nobody goes out to play a bad match. Nobody cares more about the performance on Sunday that we do in our collective group which is made up of thirty-five players, our management team and a really good back room team,” Michael Ryan revealed.

“We don’t have a divine right to win every single game. Anybody who does not realise that is not living in the real world.

“This is part of a four-week run. We didn’t have a good result in game one, but we have loads of room for improvement. If we were at our max capacity last Sunday and lost the game by six points I would be far more concerned. Our destiny is still in our own hands and we are doing everything we can to make sure we give a huge performance on Sunday.”

“Limerick came with a very strong game on Sunday and it’s important to me to acknowledge that,” Michael Ryan admitted.

“We are very disappointed with the performance levels we brought on Sunday - they weren’t good enough,” he said.

But Michael Ryan struck an encouraging note when he revealed that the Tipperary players would be “ready for battle” against Cork on Sunday.

"Where we are at right now is that we have a hugely important game now coming up in five days' time against Cork and it goes beyond that as well - the week after that we play Waterford back up in Limerick and the week after that we have Clare in Thurles. We are in the middle of a campaign and, look, we are very happy that our destiny is still in our own hands and we are doing everything we can to make sure we put in a huge performance on Sunday. That's all we can do,” Michael Ryan said.

“The gods need to smile on us a little bit and we need a bit of luck. We will turn up on Sunday and we will be ready for battle,” the Upperchurch-Drombane man said.

“We have a long way to go. We are not the finished article, but we are working towards that as hard as we can.”