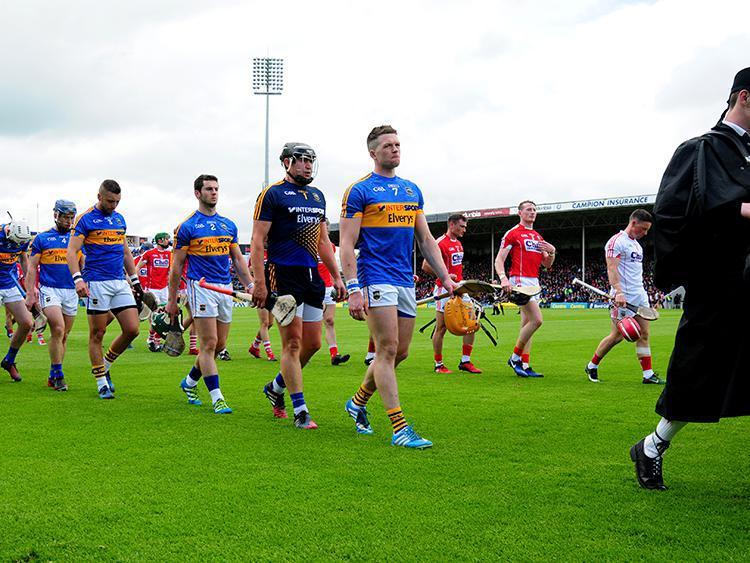 Tipperary captain Pádraic Maher is sure to set a positive example against Cork on Sunday - therefore it is up to everyone else - players and supporters alike - to row in behind the Sars man.

With Tipperary backs up against the wall now is the time for the Premier County to come out fighting against the Rebels on all four fronts this weekend.

Then on Sunday, May 27th Semple Stadium will host a double header - at 12 noon the minor hurling team face Cork while the senior hurlers take on the Rebels at 2pm.

There has been plenty of hand-wringing following the six-point senior hurling defeat suffered at the hands of Limerick, but there is no time for anyone to feel sorry for themselves, especially with John Meyler's Cork preparing to invade Semple Stadium.

Tipperary senior hurling captain Pádraic Maher is sure to set a positive example against Cork on Sunday - therefore it is up to everyone else - players and supporters alike - to row in behind the Thurles Sarsfields man.

Tipperary manager Michael Ryan has sensibly cleared the air ahead of the key clash with Cork in round two of the revamped Munster Senior Hurling Championship - on Sunday last the Premier County lost by six points to Limerick (1-23 to 2-14) and following that disappointing performance the Upperchurch man confounded the issue when he refused to talk to the media.

However, on Tuesday Michael Ryan broke his silence and spoke in detail to Fran Curry on Tipp FM - during the interview the Tipperary senior hurling manager revealed that he would engage with the media going forward and reflected on the disheartening defeat suffered at the hands of the Shannonsiders.

Michael Ryan's decision to speak publicly has been welcomed by supporters of the blue and gold. And, Michael Ryan struck an encouraging note when he revealed that the Tipperary players would be “ready for battle” against Cork on Sunday.

The Tipperary minors also lost their opening round contest with Limerick (2-12 to 1-17) meaning that Tommy Dunne's charges would also appreciate your support at 12 noon on Sunday.

Meanwhile Liam Kearns has called on blue and gold supporters to come out in force as the Tipperary team prepare to take on Cork in a Munster Senior Football Championship semi-final at Semple Stadium, Thurles on Saturday, May 26th (throw-in 7pm).

The preparations of the Tipperary team have been hampered significantly by a Munster Council decision to ask Liam Kearns' men to face the Rebels just seven days after the Premier County saw off the challenge of Waterford (0-20 to 0-9) on Saturday, May 19th in a quarter-final.

And, this week manager Liam Kearns has called on supporters to help make next Saturday a memorable day for Tipperary football: “The odds are stacked against us and we could do with all the support we can get. I ask as many Tipperary supporters as possible to turn up for the match and make as much noise as you can. The players have put in a huge effort and your support could be vital in determining the result of the match; you could be the difference and give us that little extra edge that we need”.

Just 1,658 supporters turned out to support the Tipperary footballers against Waterford last weekend. We dearly hope the Tipperary players will get the support that they wholeheartedly deserve this Saturday.