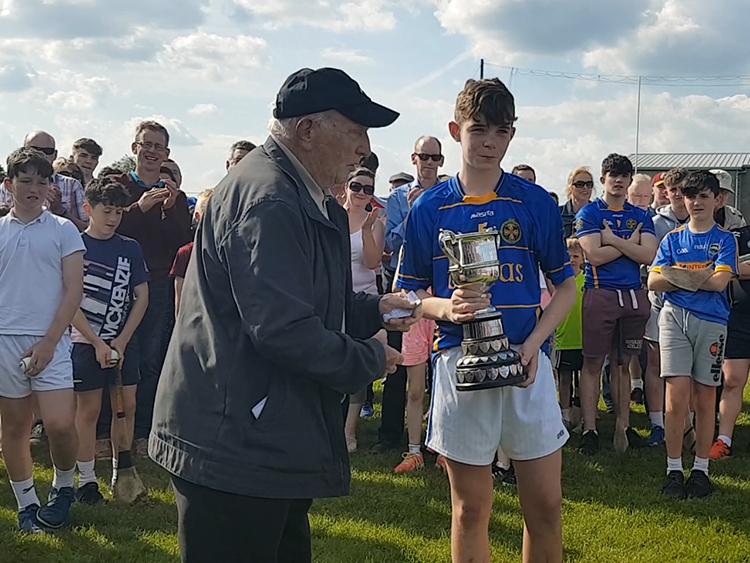 Thurles CBS were the more accomplished hurling outfit in this contest, but trailed Árdscoil Rís from the first minute until a Tommy Maher strike in the 23rd minute of the second half helped his side into the lead for the first time.

The Thurles CBS side dominated, but encountered the extraordinary Eoin Deegan in the Árdscoil Rís goal - the Cratloe youngster made a whole series of brilliant saves.

Thurles CBS could have been forgiven for throwing in the towel given the excellence of Eoin Deegan, but the Thurles CBS lads refused to give in and in a terrific display of raw grit the Tipperary outfit, ultimately, ground down the stout resistance of Árdscoil Rís.

A Shane O’Brien goal inside the opening minute helped Árdscoil Rís into a significant lead before a Niall O’Farrell free extended his side’s lead to four points.

Thurles CBS, however, rallied well with successive points from Seán Ryan (two) and David Sherman (’65) to leave one between them with twelve minutes played.

The sides were level in the 21st minute when Tadhg Gould created a shooting opportunity for Seán Ryan and he landed a cracker off his left (0-4 to 1-1).

Árdscoil Rís got their noses back in front thanks to a Niall O’Farrell point from play while Joe Maher found the side netting following another assist from the creative Stephen Walsh. The 25th minute saw Eoin Deegan save, once more, from Jimmy Lahart. Indeed, the Thurles CBS lads must have been wondering what it was going to take to beat the Árdscoil Rís ‘keeper.

The sides were tied in the 25th minute when Joe Maher fired over a cracker, but Árdscoil Rís enjoyed a narrow interval lead (1-3 to 0-5) thanks to another Niall O’Farrell strike.

It is worth noting that in first half injury time Joe Maher flashed another Thurles CBS goal-scoring opportunity narrowly wide.

Eoin Deegan had conjured a brilliant save from Joe Maher during this period and although it was starting to look like Árdscoil Rís’ day the Thurles CBS lads refused to give in. Indeed, Seán Ryan created another shooting opportunity for Joe Maher in the 11th minute of the second half and although it looked as if the Moycarkey-Borris’ man blistering shot was heading for the bottom right-hand corner like a furious harpoon Eoin Deegan dived full-length across his goal to somehow effect yet another save.

Thurles CBS reeled Árdscoil Rís in with a brace of points from Joe Egan before ‘keeper Eoin Deegan saved once more, this time in quick succession from Joe Maher and Joe Egan with sixteen minutes of the second half elapsed; this time Deegan was lying on the ground when he managed to stop Egan’s follow-up effort.

A monster free from the wind-assisted Niall O’Farrell left two between them before Joe Maher set up Joe Egan for the wing-forward’s third point from play.

Although Thurles now trailed by a point there was every hope of the CBS lads rescuing the situation since the defence led by team captain Philip Hayes was utterly dominant despite playing into the breeze.

And, Thurles CBS were finally rewarded for their determination twenty-three minutes into the second half when substitute Tommy Maher buried the match-clinching goal - Eoin Deegan had saved from Maher at the expense of a ’65, but when David Sherman’s subsequent delivery dropped short and broke the Durlas Óg man made no mistake from close range (1-10 to 1-8).

Pictured above is the Thurles CBS panel of players at Seán Treacy Park on Friday.