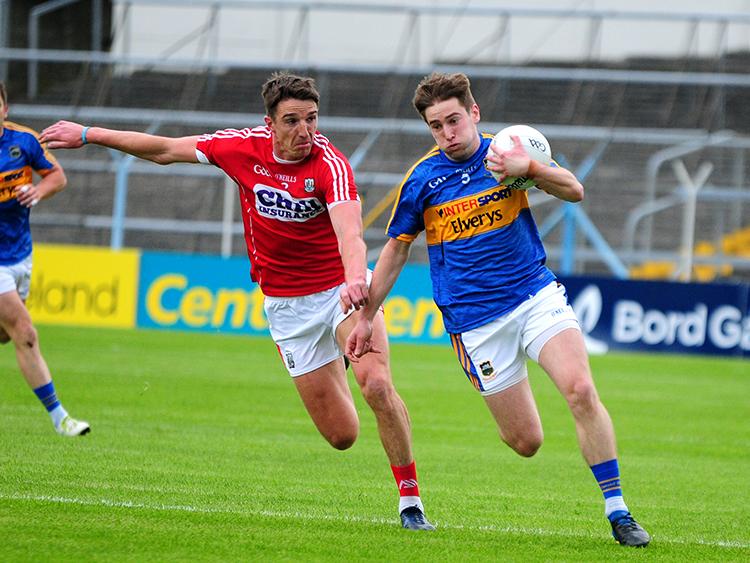 Senior football manager Liam Kearns struggled to explain the eleven-point defeat (0-9 to 1-17) which Tipperary suffered against Cork in the semi-final of the Munster championship on Saturday evening at Semple Stadium, Thurles. The Tipperary camp fancied their chances prior to this contest, but under-performed to a significant degree and paid the price. Indeed, Liam Kearns described the result as a “serious setback”.

“I would say it is probably our worst setback in the three years that we have been together. Our progress was pretty sustained up to this point and this is a setback, certainly.

“We expected to perform a lot better tonight and we didn’t. We will take a little bit of time off now. We have a little bit of time to get over this and then we will just have to pick ourselves up again. We knew well the consequences of losing here. It’s now the qualifiers and that is a very difficult road. Certainly, we wanted to do better than we did out there and I don’t think anybody could be happy with that (performance),” the Kerry man added.

For a full match report on this Munster semi-final contest please click here.

Tipperary will re-enter the All-Ireland Senior Football Championship in the second round of the qualifiers when Liam Kearns’ men will be drawn as a losing provincial semi-finalist against one of the eight winners from the first round of the qualifiers on June 23rd. The Premier County will be required to progress through two qualifier rounds in order to qualify for the Super 8s.

When it was suggested to Liam Kearns that, perhaps, pre-match nerves and anxiety had contributed to the disappointing display the Tipperary senior football manager revealed that he expected his side to perform and also paid tribute to Ronan McCarthy’s Cork team.

“We were in good form coming into the match. We felt we were going to perform well tonight, but you have got to give credit to Cork. Cork performed and we didn’t - that’s the bottom line and you can’t take it away from Cork. They are into a Munster final now and the best of luck to them,” Liam Kearns explained.

“The players are gutted, I am gutted and the management (team) are gutted that we just under-performed so badly on what was a big occasion for us,” Liam Kearns added before bemoaning the fact that his Tipperary team did not take full advantage of some eye-catching opportunities during the opening half of this contest.

“So many of our players just under-performed - Bill Maher tried all through the game, but when you have so many players under-performing then it’s hard to come up with answers. We just had so many players that did not perform that it’s hard to put your finger on why we were so bad. We were in trouble at midfield and we were in trouble all over the pitch. We had an awful lot of problems in an awful lot of different areas. I don’t have the answers for this performance. Why were we so poor? I don’t know.

“I thought they were very good - they were ready for the game. They played a really good game, we under-performed and the result is more than double scores; that’s the reality of it. I thought they had the game won half way through the second half, maybe they had the game won, you could argue, by half-time. They had us in trouble in too many places for us to turn it around. I can’t put my finger on why that was,” a bitterly disappointed Liam Kearns added.