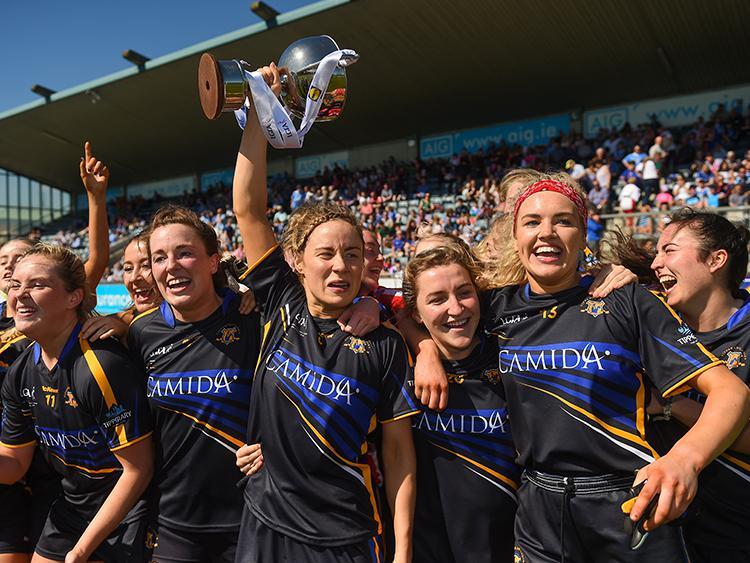 Tipperary will take on Cork in the TG4 Munster Senior Ladies Football Championship semi-final next Saturday, June 2nd in Ardfinnan (throw-in 2pm) - the winners of that game will face Kerry or Waterford in the provincial decider.

And, the task faced by the Tipperary team against Cork is neatly carved out for them - the Premier County face a Rebels outfit which has won eleven of the last thirteen All-Ireland titles and as a result Shane Ronayne’s team will enter the contest as distinct underdogs.

Plenty went wrong for the Premier County in that decider, but each time Tipperary responded to the challenge posed. Indeed, you could not but fall in love with this team and how they go about their business: Tipperary are mean in defence, explosive on the ball and they just refuse to give up. Indeed, Tipperary ladies football manager Shane Ronayne described the spirit of his players as “incredible”.

“We are delighted and we are especially delighted with the response from the players when Cavan got their scores; when they got the goals our girls went up the field and they took control of the game again. I think twenty-one points was an incredible score,” Shane Ronayne told the Tipperary Star following the league final.

“Cavan got three goals and every single time we responded to them. They are just an incredible bunch. It is just superb to see the whole team spirit there.” MANAGER OF THE MONTH

Shane Ronayne was named the Lidl-Irish Daily Star manager of the month for May on Friday. And, the Cahir-based schoolteacher has presided over a remarkable couple of years for the Premier County who went unbeaten in 2017. Tipperary won the division three league title last year before also landing the Munster and All-Ireland intermediate crowns last season.

Indeed, following the victory over Cavan you would have to wonder where the ceiling is for this Tipperary ladies football team - the outfit managed by Shane Ronayne have earned their place amongst the ladies football elite in division one.

“The big thing is that we have Cork on the horizon now. And, we know that we are going to have to be an awful lot better against Cork - Cork are Cork, they are a class act,” Shane Ronayne revealed to the Tipperary Star.

“They might be missing a few (players) from years gone by, but they are still Cork. People are talking about them being in trouble, but they are not. And, I know that from being involved in the club scene down there. So, it’s going to be a huge task the next day, but, look, I think today will give our girls great confidence. And, we are where we want to be: we are up in division one, we are in a Munster senior semi-final against Cork and we are going to go hell for leather for the next four weeks.”