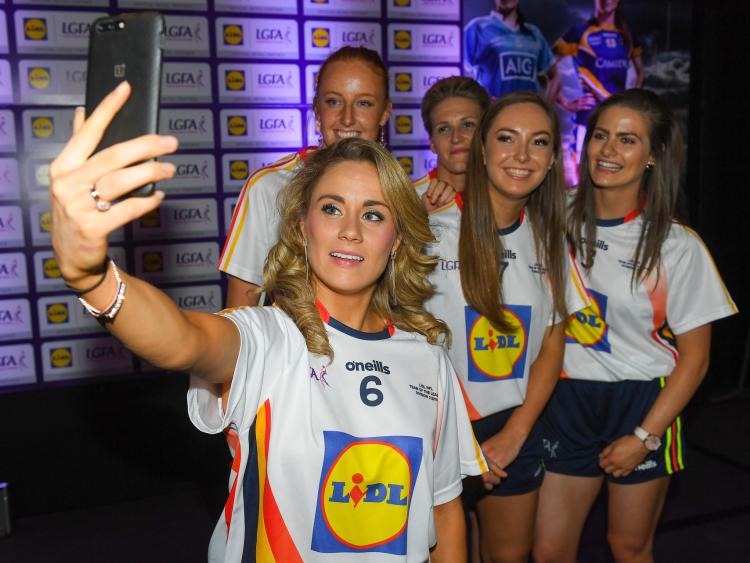 On Saturday, June 2nd Tipperary will take on Cork in the TG4 Munster Senior Ladies Football Championship semi-final in Ardfinnan (throw-in 2pm) and Samantha Lambert, the Premier Count Captain, is eagerly looking forward to the challenge.

Nearly seven years have passed since the Tipperary Ladies played their last senior championship match. So, hosting the eleven-time All-Ireland champions Cork in Ardfinnan on Saturday will be a proud moment for the county.

Considering team captain Samantha Lambert also hails from the South Tipperary village, there is great excitement in the area and with the team enjoying an unprecedented run of results there is a touch of confidence hanging round too.

Tipp enter the summer on the back of an undefeated 2017 which saw them win the division three league title, the Munster intermediate crown and the All-Ireland intermediate title.

This year, Tipperary earned promotion to division one of the Lidl NFL by beating Cavan in the division two final, although, according to Samantha Lambert, losing to Waterford during the group stages along the way was a timely taste of defeat.

“It was nearly the best thing that happened to us losing to Waterford,” explained Samantha Lambert.

“It wasn’t really a wake-up call, but maybe the unbeaten run had a bit of an effect on us and there was pressure on us to keep going. After winning for so long you forget what it feels like to lose a match. Having that feeling back in the dressing room was nearly like losing an All-Ireland final and we don’t want to feel like that again.”

At 27 years of age Lambert is one of the most experienced players in the Tipperary squad. She debuted as a 16-year-old in 2008 and was part of the All-Ireland intermediate championship winning side later that year and for the three years of senior football that followed.

There’s real excitement in the camp again, adds Lambert, one of five Tipperary players who was honoured on the 2018 Lidl division two team of the league.

“We’re looking forward to it, it’ll be a brilliant test for us," Samantha Lambert said.

“A lot of our girls are quite young and fearless: it doesn’t matter who they’re up against. We have the potential to give Cork a good rattle on Saturday and here’s hoping we do. I don’t think we have hit out potential yet, but hopefully that will come out on Saturday. No team is unbeatable,” Lambert added.

And, what about facing Cork in front of the Lambert clan on home soil?

“The parish of Ardfinnan is nearly all Lamberts so they’ll definitely be out. They’ve travelled the length and breadth of the country to support me so I’m sure they’ll make it to Ardfinnan. It’s a great parish to support us. I have no doubt there’ll be huge numbers there. The club’s under-14s are playing at half-time on Saturday so they’re all excited for their big day too.”

The good news from the Tipperary camp is that they have a full squad to pick from after corner-forward and dual star Orla O’Dwyer shook off a knock sustained playing Camogie last weekend and trained on Tuesday night.

Undoubtedly making the step back up to the senior grade is a big test of how far this Tipperary side have come under the leadership of manager Shane Ronayne and he conceded that his side need to hit their peak to reach a first Munster senior final since 1982.

“We’re in a good place, but we know it’s going to be a huge challenge against Cork. We need everything to go right for us to win on the day,” Shane Ronayne explained.

“But that’s what the girls want to do: they want to be playing the best and we’re looking forward to it. If we perform then we know we have every chance.”