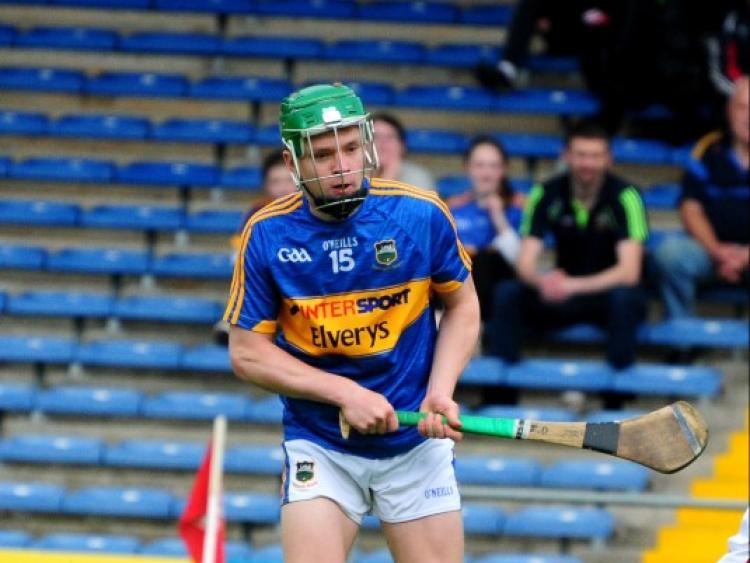 Tipperary kept their hopes of reaching the Munster Minor Hurling Championship Final alive when they beat Clare at Semple Stadium this afternoon, Sunday.
Tipp were three points in arrears at half-time, and they slipped further behind when Clare's Keelan Guyler converted a free within four minutes of the re-start.
However Tommy Dunne's team showed great character to fight back and claim a much-need victory.
Five points without reply from James Devaney's '65, two frees from the same player, Max Hackett and Sean Hayes restored Tipp's lead, but they had to survive the last 10 minutes with just fourteen players when corner back Conor O'Dwyer was sent off when he received a second yellow card.
It was nip and tuck for much of the closing stages, and Tipp were a point ahead when Sean Hayes raced clear to fire a goal, the game's decisive score, in the third and final minute of additional time.
It was a win that owned much to the performances of James Devaney, Devon Ryan, Sean Hayes, Cian O'Farrell, Max Hackett, Conor Whelan, Conor O'Dwyer and Sean Phelan, while substitute Jack Morrissey also made a big impression.
Clare led at half-time by 1-8 to 1-5 when they hit back after Tipp had started strongly.
Francis Devaney had a point from a second minute free before the same player's solo set up a goal for Cian O'Farrell. Another converted free from Devaney pushed Tipp into a 1-2 to no score lead after five minutes.
However Clare got back into contention with three points before Mark Rodgers, one of their best players, found the net in the 13th minute to tie the scores for the first time.
The teams were still level approaching the end of normal time in the first half, but three points from Keelan Guyler (two frees) and Mark Rodgers handed Clare that one-goal lead at the break.
Apart from their goal, Clare had three other chances for goals. Tipperary goalie Aaron Browne made fine saves from Robin Mounsey and Shane Meehan while Mark Rodgers kicked wide when it appeared he had the goal at his mercy.
Tipperary - Aaron Browne (Knockavilla-Donaskeigh Kickhams), Conor O'Dwyer (Cashel King Cormacs), Conor Whelan (Mullinahone), Kevin Hayes (Moycarkey/Borris), Johnny Ryan (Arravale Rovers, captain), Fintan Purcell (Drom/Inch), Sean Phelan (Nenagh Eire Og), Max Hackett (Moycarkey/Borris 0-2), John Campion (Drom/Inch), Sean Hayes (Kiladangan 1-1), Cian O'Farrell (Nenagh Eire Og 1-1), Kian O'Kelly (Kilruane MacDonaghs), Devon Ryan (Knockavilla-Donaskeigh Kickhams 0-2), Ryan Renehan (Cappawhite) and James Devaney (Borris-Ileigh 0-7, 6 frees and 1 '65).
Substitutes - Jack Morrissey (Moycarkey/Borris 0-1) for John Campion (36 minutes); Mikey O'Shea (Mullinahone) for Kian O'Kelly (50 minutes), Kevin Maher (Borris-Ileigh) for Ryan Renehan (54 minutes), Darren Flood for Cian O'Farrell (60 minutes) and Billy O'Connor (Kilsheelan/Kilcash) for Sean Phelan (63 minutes).
Clare - Cillian O'Brien, Jack Enright, Adam Mungovan, Mike Gough, Jason Griffin, Dylan McMahon, Darragh Healy (captain 0-1 '65), Aidan Moriarty, Tony Butler, William Halpin (0-2), Gearoid O'Grady, Robin Mounsey, Mark Rodgers (1-1), Keelan Guyler (0-7, 6 frees) and Shane Meehan.
Substitutes - Conor Hegarty (0-1) for Shane Meehan (43 minutes), Fionn Slattery for Tony Butler (50 minutes) and Josh Brack for Gearoid O'Grady (52 minutes).
Referee - Mike Sexton (Limerick).