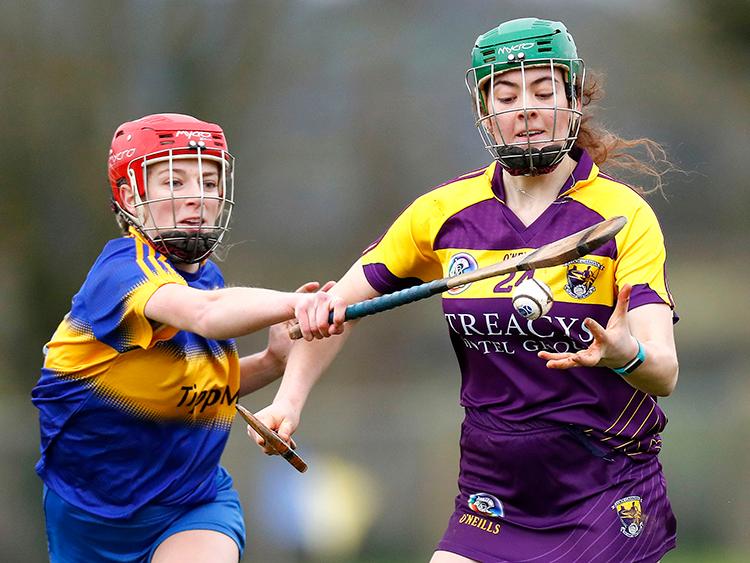 Tipperary are this week preparing to renew their rivalry with the Rebels - the Premier County will host defending champions Cork in the third round of the Liberty Insurance All-Ireland Senior Camogie Championship at The Ragg Camogie Field on Saturday, July 7th at 5pm; that contest will be preceded by the intermediate championship clash between the Premier County and Antrim at 3pm.

Tipperary have made a more than encouraging start to their All-Ireland Senior Camogie Championship campaign with successive wins over Meath (6-14 to 0-10) and Wexford (1-14 to 2-8). But when the Premier County encountered the Rebels on May 26th in the Munster final Cork proved far too strong in a one-sided contest played at Páirc Uí Chaoimh, Cork (0-6 to 0-19).

Tipperary were out-played in that contest, but the positive aspect to the experience is that it will have illustrated to Bill Mullaney’s team the level of Camogie excellence required to compete for All-Ireland honours. Another positive from this contest was that Tipperary gave the challenge everything they had. And, that sort of raw grit is worth cherishing irrespective of the result.

The structure of the All-Ireland Senior Camogie Championship involves two groups. Clare, Limerick, Galway, Kilkenny and Waterford feature in group one while Tipperary compete in group two alongside Cork, Dublin, Offaly, Meath and Wexford. Following the round robin series of games the top team in each group progress to the semi-finals while the second and third-placed teams compete in the quarter-finals. The quarter-finals are scheduled to take place on August 6th, the semi-finals on August 18th and the final on September 9th.

Last season Tipperary exited the All-Ireland Senior Camogie Championship at the quarter-final stage - the side managed by Brian Boyle ultimately lost to Galway (0-10 to 1-22).

A highlight of the season so far has been the rousing display at The Ragg which saw Tipperary surge into the provincial final for the first time since 2015 thanks to an eleven-point win over the defending Munster champions Limerick (1-24 to 1-13).