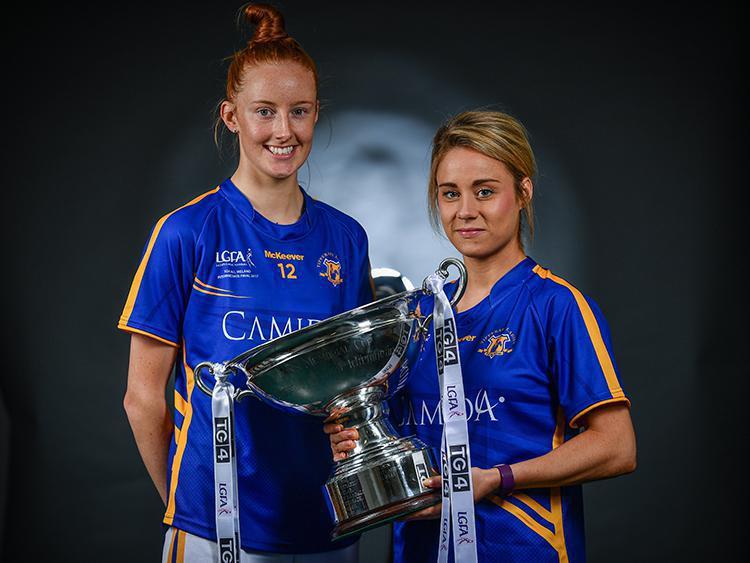 A heroic effort from the Tipperary team came up just short at MacDonagh Park, Nenagh on Saturday afternoon in the opening round of the TG4 All-Ireland Senior Ladies Football Championship. An eight-minute period prior to the break cost the Premier County dearly in this contest when the home side shipped 2-5 without reply - a nine-point interval deficit left Shane Ronayne’s team with simply too much to do.

Ironically Tipperary, thanks to a stunning Róisín Howard goal, led 1-3 to 0-4 with twenty-one minutes of this highly-entertaining contest played. Kerry, however, responded with a devastating surge to open a nine-point gap prior to the interval (1-3 to 2-9).

Shane Ronayne’s team were not prepared to lie down, however, and fought back brilliantly in the second half. Indeed, Tipperary closed the gap to four points entering injury time, but, ultimately, failed to bridge the gap against a Kerry team who deservedly won this contest.

There was, however, no shame in defeat here. Tipperary, in their first year competing at the senior grade, have adjusted game-fully to the physicality and the speed of the game. Mark these words: this Tipperary team are capable to great things, especially with a player as gifted as Aishling Moloney in their ranks.

The Premier County were struggling a little, but cut loose when Aishling Moloney was switched to full-forward - Moloney landed two points in the 19th minute to cut the deficit to one before Tipperary conjured an extraordinary goal.

In an illustration of their pedigree Kerry responded in devastating fashion: points from Louise Ní Mhuircheartaigh (free) and Sarah Houlihan preceded a Houlihan three-pointer in the 27th minute. And, there was still time for Andrea Murphy and Eilish O’Leary to add points before Murphy fired home a second Kerry goal following a mix-up in the Tipperary defence. An Amanda Brosnan point brought the opening half to a close.

There are serious guts in this Tipperary and they responded to the challenge posed when out-scoring Kerry 1-3 to a point during the opening nine minutes of the second half.

Points from Aisling McCarthy (two, one free) and Aishling Moloney preceded a brilliant Moloney goal in the 39th minute - Moloney turned over a Kerry defender, sold a dummy and buried her shot to drag the Premier County back into this contest (2-6 to 2-10).

Cruelly, just two minutes later Kerry scooted up the field to score a goal of their own against the run of play thanks to the raw speed of Sophie Lynch and a composed finish from Sarah Houlihan.

Tipperary, however, were moving well and proceeded to notch three successive points which arrived courtesy of Aishling Moloney and Gillian O’Brien (two). A Sarah Houlihan free steadied Kerry, but a Róisín Howard strike with two minutes to play left a manageable four in it (2-10 to 3-11).

The home side poured forward in search of scores, but Kerry held out well and finished the stronger with late points from Louise Ní Mhuircheartaigh (two, one free) bringing the contest to a conclusion.

The Tipperary ladies footballers are competing in group one of the TG4 All-Ireland Senior Ladies Football Championship alongside Donegal and Kerry with the top two progressing to the quarter-finals. The Premier County will face Donegal on Saturday, July 21st with the venue and time remaining to be confirmed for that fixture. Donegal were more than impressive when they blasted 9-21 past Armagh in the Ulster decider.