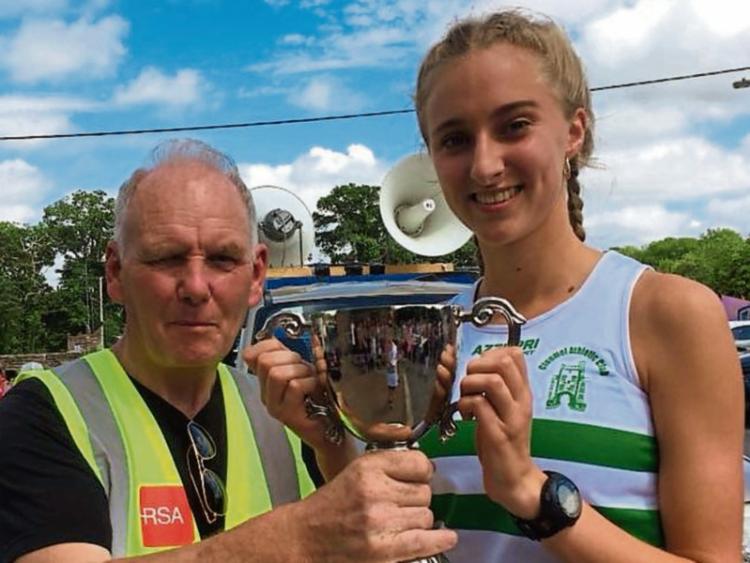 Emma Durand was on the Senior women's team that were crowned County champions.

Clonmel Athletic Club made the short trip to Dundrum last Sunday for the County Junior and Senior Road Championships.

In the Junior women’s 3k Courtney McGuire ran very well when winning the Silver medal in 12 mins 46 secs, in the Men’s equivalent we had Riain Paterson and Lorcan O’Keeffe.

Both these athletes ran very well with Riain winning the Bronze medal in 10 mins 55 secs and Lorcan finishing a very good 4th in 11 mins 28 secs on his debut in these Championships.

In the Senior Women’s 5k race we witnessed some very good performances. Here we had Aine Roche running well when winning the Bronze medal in 19:57.

Then we had Emma Durand making her debut for the Club as a Senior athlete running the proverbial blinder when finishing 6th in 21:02.

Elaine Horgan who has been running well of late continued her good form when running very well to finish 7th in 21:14 and along with Aine and Emma won the Gold medals and it saw a return to Clonmel of the Senior Women’s Cup, last won in 2016.

The Men’s 10k over 2 laps also saw some great running by Club members.

Joey Feery ran very well when finishing a very respectable 6th in 36:19, a marked improvement on last year’s run when he ran 37:31.