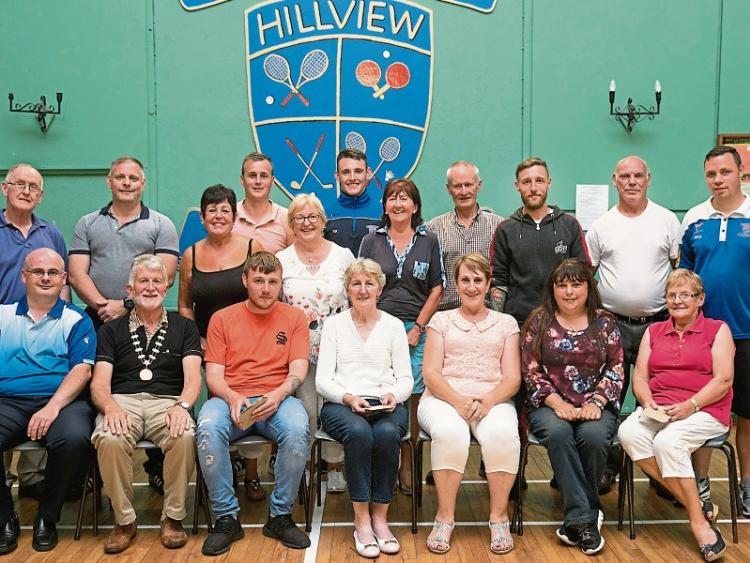 Our captain’s prize was held on Sunday 22nd July. There was a fantastic turnout on the day and the captains would like to sincerely thank all those who supported the competition. After a very close battle Ann Wall emerged victorious for the 3rd consecutive year. A fantastic achievement Ann. Veronica Anglim claimed the runner up spot with Pauline Lucey winning the Gross prize. Bridget Walsh had the best final 18 and Lorraine Creed won the 36 hole Nett prize.

The gents was very close after the first 36 holes. Following the playoffs the inform Sean Cronin emerged as the overall winner. No stopping Sean at the moment. Runner up was George Goodman on a countback. Senior nett was won by Michael Kennedy, with his son Kyle winning the Inter nett. John Cawley who lost out on the countback for second place was a very popular winner of the junior nett. Paul Sweeney won the gross prize with an excellent score of 17 under while Brendan Cronin claimed the final 18 nett. Seanie O ‘Connor managed to secure the hole in one prize with his eagle at the 10th hole. A massive thank you to all who played and all who help out to ensure everything ran smoothly especially Brendan for helping out with the barbecue.

Congratulations to the Hillview players who secured places on the Tipperary teams for the upcoming Munster finals following a long qualifying process. James Cleary qualified for the senior team and both Seanie O Connor and Con Lucey qualified for the junior team.

For the 41st staging of the iconic Condon Cup, the committee decide to have a Spanish theme with sangria and tapas to celebrate the summer mood. We had a warm evening and a good crowd of talented tennis players. Competition was played on a round robin basis, after a long evening Dean O’Mahoney and Annmaria Quigley were successful holding off Ann Walsh and Noel Byrne. The trophy was presented by Edward Condon on behalf of the Condon Family and Hillview appreciate their contribution to the club over many years.

The Hillview Junior Open Week will be starting on Sunday July 29th for under 8 and under 10 boys and girls, the other age groups 12 to 18, start on Monday 30th. The Hillview tennis camp with coaches William Guiry and Julieanne Foley is starting on Monday 23rd July.

On  21st July the Hillview Lotto Jackpot was worth €5,200. Numbers drawn were 14-15-18-21 and there were 3 match 3 winners. Next Lotto Draw on Saturday 28th July at 9 pm. The Jackpot will now be worth €5,300. Tickets are €1 each and can be bought from ticket sellers, or at the Hillview Bingo every Monday and Friday Night or at the Club Bar every night.