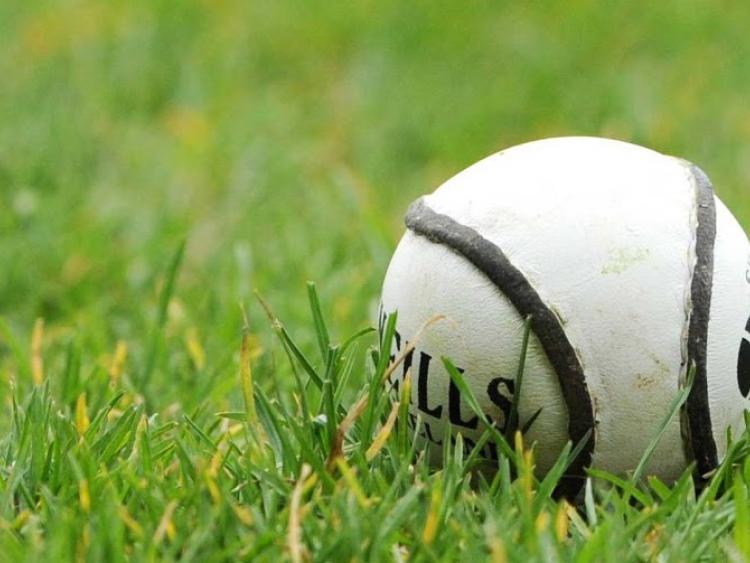 Loughmore-Castleiney surged into the final of Centenary Agri Mid Tipperary Senior Hurling Championship at The Ragg on Friday evening when Declan Laffan’s men enjoyed a twenty-three point win over Holycross-Ballycahill.

The scoreline fairly accurately reflects the nature of this lop-sided Centenary Agri Mid Tipperary Senior Hurling Championship semi-final played at The Ragg on Friday night as Loughmore-Castleiney brushed aside the challenge of Holycross-Ballycahill with an ease no one envisaged in the build-up to the game.

There was a fine turn-out for what was expected to be a combative encounter, but on the night it proved to be something of a mismatch with Loughmore coasting to the easiest of wins without even reaching top gear.

Loughmore were undisputed favourites to advance to the final and when it emerged that Holycross would be without county man Cathal Barrett, who is in America, the balance tipped even more heavily in favour of Loughmore.

Had the county defender been present it would not have changed the outcome so superior were Loughmore in most areas of the field and it can only be speculated how big an impact Barrett’s absence had on Holycross morale. They did have Jack Skehan back from the US, but the demands of transatlantic travel took their toll and he was not as influential as normal.

Disappointingly, Holycross-Ballycahill, who have a strong tradition as doughty battlers, showed little of that side of their game and inside fifteen minutes their fate was sealed as Loughmore raced into a 0-10 to 0-2 lead.

By twenty minutes it was 0-19 to 0-4 and when the break came it was 0-19 to 0-7 when a late brace of Darragh Woods points gave Holycross a slim outside chance of turning things around in the second half - damage limitation, rather than a victory, was now uppermost in their minds.

All but two of the Loughmore points, those by John Meagher and Liam Treacy, came from members of the McGrath clan, John (eight), Noel (four), Ciarán (two), Aidan (two), Liam (one) and Holycross’ prospects were not helped either by a couple of lapses from placed balls.

Holycross made three substitutions at half-time in an effort to inject greater urgency into their game, but five points in eight minutes on resuming showed that Loughmore were not easing off and when Liam McGrath finished an opening created by John with a Loughmore goal in the 38th minute for a 1-24 to 0-7 lead that certainly was that.

To their credit Holycross kept going in a bid to salvage some pride from a demoralising evening, but they have a lot of soul-searching to do as they prepare to campaign in the Ó Riain Cup competition.

Holycross are a side in transition with many young players coming through from their successful minor teams of a few years back, but they clearly have some distance to go before they are ready to mix it with the top teams.

Loughmore will face Sarsfields, the holders, in the final and are clearly in championship-winning mode. Thirty-one scores in an hour’s hurling is an impressive return and with their key men all on song; their credentials are there for everyone to see and they will have a big say in the destination of trophies this year.

They lined out without Joe Nyland, but with Noel, Brian and John McGrath, John Meagher, and Joseph Hennessy leading the way they were never in danger of losing.

It was a very disappointing evening for Holycross-Ballycahill who have a lot of work to do to restore confidence before they pursue their Ó Riain Cup quest. They would not have been optimistic about beating their rivals who are serious championship contenders at both divisional and county level, but they certainly expected more from their lads. However this is a performance best forgotten and the concentration now has to be on getting back to the basics which have served them well in the earlier games this year.

Michael Doyle, Conor Ryan, Bryan O’Mara and Liam Moloney, were foremost for them with Jamie Woods contributing well from frees.