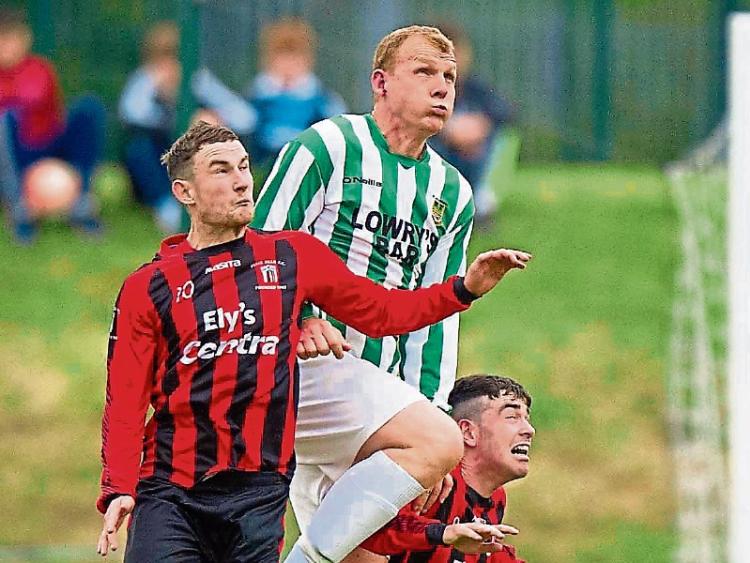 Paul Breen was among the goalscorers for St. Michael's in their 4-2 win over Borroway last weekend.

TSDL champions St Michael’s would have travelled to Thurles the hottest of favourites to win this tie, but had to come from behind in the end to beat a very brave and game Borroway Rovers side.

Rovers started well against their illustrious opponents and went a goal up mid way through the first half when keeper Adrian Walsh spilled a shot and David McGuire was on hand to smash home the rebound. They held this lead to the break and must have wondered if a shock was really on, but the visitors got back into the game early in the second half through a common enough occurrence, a Paul Breen header which gave the home keeper no chance.

Returning Saint Willie Armshaw then had a deflected shot give the home keeper no chance to put the visitors in front, and Saints got a third through David Slattery shortly after.

Willie Ferncombe then scored a second for the home side as they threatened to make a fight of the tie, but as they pushed for a leveller late on, they were caught on the break and Olly O’Driscoll found the net to ensure the TSDL champions moved on to the semi-finals.