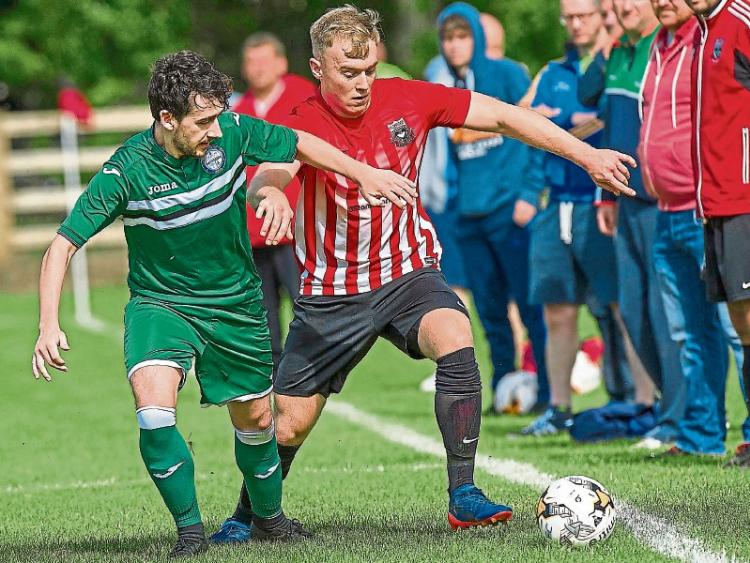 When on Friday 1st June last Old Bridge FC lost a TSDL Premier League relegation play-off to Glengoole United by 2-1 at the By-Pass in Clonmel, it meant the Clonmel club’s three-year stay in top flight Tipperary soccer had come to an end.

It came as a huge blow to the club who had only returned to their home patch at a refurbished Green Lane the previous September after many years in exile playing their home games at Ferryhouse. Indeed in the two previous years ‘The Bridge’ had retained their top flight status while playing ALL their Premier League games on the road. That arrangement was the price they had to pay for not having proper dressingroom facilities available at Ferryhouse, as the TSDL dictates that all Premier League clubs must provide such standards.

At the newly-laid pitch at Green Lane, back in their spiritual home on ‘The Bridge’, they were able to meet TSDL regulations, but last season, despite having a place their lay their hat, results didn’t go their way and ultimately after a brave fight they dropped down.

And it is that same TSDL rule that brings them back to the Premier League without having dropped down at all. The victors in that relegation play-off, Glengoole United, do not have the recommended dressingrooms to play home games and rather than spending another year of fulfilling ALL their fixtures away from home the Gortnahoe-based side have opted themselves to drop to Division 1. The TSDL in turn offered Old Bridge the invitation of top flight football for the coming season and the Clonmel side have stepped up to the challenge and accepted.

Glengoole United informed the TSDL board that they would not be in a position to upgrade their facilities for some years and in light of that they made their own decision to drop down a rung. Old Bridge were next in line ahead of Two-Mile-Borris, and accepted the offer a couple of weeks ago.

Kieran Hogan will take over as manager of the Old Bridge for the coming season, having managed Old Bridge youths teams in the past. Kieran has a long association with the club and was a committee member last year also. Well-known about the town, Kieran has been heavily involved in GAA and with Clonmel Og in particular over many many years.

There will be a lot of new faces around Green Lane this coming season with quite a few faces at training sessions which have been going very well as the club prepares for another battling season ahead.

Junior soccer is going through a difficult enough time at present with many clubs struggling to attract numbers and quality players, and then very often the better players want to up and try their luck with the better clubs, such as St. Michael’s in Tipperary Town.