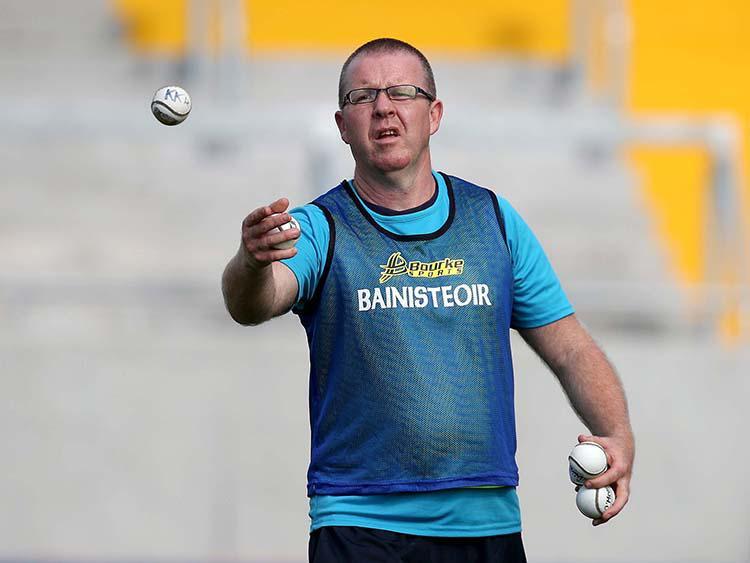 There was plenty to nourish the imagination of Tipperary Camogie fans at Semple Stadium, Thurles on Saturday evening. The Premier County gave this contest their all, but struggled to contain defending champions Cork in the second half when the Rebels roared to a twelve-point win in this Liberty Insurance All-Ireland Senior Camogie Championship semi-final.

Billy Mullaney’s team fought like tigers and produced some slick Camogie on occasion, but considering the gap between the sides at the final whistle the journey that Tipperary must undertake to reach the very top echelons of the game appears an intimidating one.

By dint of some terrific work in the opening half Tipperary trailed 0-6 to 0-9 at the interval having played into the wind. The Premier County were now in with a fighting chance in this semi-final, but Cork’s powerful running game proved too much for the home side to cope with thereafter.

What the Tipperary team could muster in terms of effort and honesty proved far too little in the end. Indeed, Cork’s attacking play appeared to feature far more tentacles even when playing into the breeze in the second half.

The Premier County intermediate team were also in All-Ireland semi-final action against Down on Saturday in Kinnegad (County Westmeath). Tipperary led that encounter 2-8 to 0-10 twenty minutes into the second half, but Down mounted a spirited late comeback and won with two points to spare (1-13 to 2-8).

Tipperary, especially their forwards, worked incredibly hard in the opening half and did well to disrupt Cork’s running game. And, although the Premier County’s aggressive streak came at the cost of cautions for Cáit Devane, Caoimhe Maher and Mary Ryan this was heartening stuff for blue and gold supporters to watch.

Cork played with a stiff breeze at their backs in the opening half and led 0-3 to 0-1 after seven minutes thanks to points from Orla Cotter (two, one free) and Chloe Sigerson (free) while Cáit Devane (free) presented Tipperary with the initial lead in the third minute.

Another Cáit Devane placed ball cut the deficit to one, but the Rebels responded with efforts from Amy O’Connor and Orla Cotter (free) to open a three-point gap by the 13th minute (0-2 to 0-5). And, Cork could have enjoyed a much more significant advantage, but Tipp ‘keeper Caoimhe Bourke did especially well to save Katrina Mackey’s dipping shot in the 13th minute.

Cáit Devane and Orla Cotter then traded frees before Tipperary presented us with an illustration of what Bill Mullaney’s fast-developing team are capable of in the 17th minute - goalkeeper Caoimhe Bourke found Ciardha Maher with a pin-point puck-out, Maher, in turn, found Cáit Devane with a stick pass and the Clonoulty-Rossmore star drilled over a super point (0-4 to 0-6).

Responding to the challenge posed Cork then fired the next three successive points thanks to Chloe Sigerson, Katrina Mackey and Orla Cotter (free) - the Rebels led 0-9 to 0-4 with twenty-four minutes played.

Tipperary, however, were far from finished and conjured another brilliant move in the 25th minute. Corner-back Clodagh Quirke won possession and moved the ball smartly up the field; Sarah Fryday grabbed that delivery and passed to Ciardha Maher, who played in Caoimhe Maher - the centre-forward fired over from close range when a goal would have probably represented a more fitting conclusion to the move.

Then, right on the stroke of half-time, Ciardha Maher set up Grace O’Brien for another Tipperary point and the home side trailed by three at the break (0-6 to 0-9).

By dint of some terrific work in the opening half Tipperary were now in with a fighting chance in this semi-final. And, Tipp made an encouraging start to the second half, but were left frustrated by two wides before points from Katrina Mackey and Orla Cotter left five between the sides with thirty-six minutes played (0-6 to 0-11).

Tipperary conceded their tenth free in the 39th minute and Orla Cotter made no mistake with the placed ball before a brilliant long-range point from wing-back Chloe Sigerson left seven between them (0-6 to 0-13).

Orla O’Dwyer hit back with a rousing score for Tipperary from play in the 41st minute, but Caroline Mullaney picked up a caution in the 43rd minute when a high challenge presented Orla Cotter with an opportunity to leave seven points between the sides once more (0-7 to 0-14).

Ironically, playing into the breeze seemed to suit Cork much more and following four successive points between the 46th and 49th minutes the Rebels led 0-18 to 0-7 - those points arrived courtesy of Pamela Mackey, Katrina Mackey and Linda Collins (two).

Gemma Grace was the fifth Tipperary player cautioned for a late tackle during the build up to Cork’s 18th score while Cáit Devane swung over a free for the home side in the 51st minute. Six minutes then elapsed before Sarah Fryday belted over a Tipperary point from play to leave nine in it (0-9 to 0-18).

An Orla Cotter ’50 in the 62nd minute opened a ten-point lead for Cork while an Orla Cronin point from play made it eleven in the 63rd. Lauren Homan’s point in the 64th minute then put the cap on a dominant display from the defending champions.