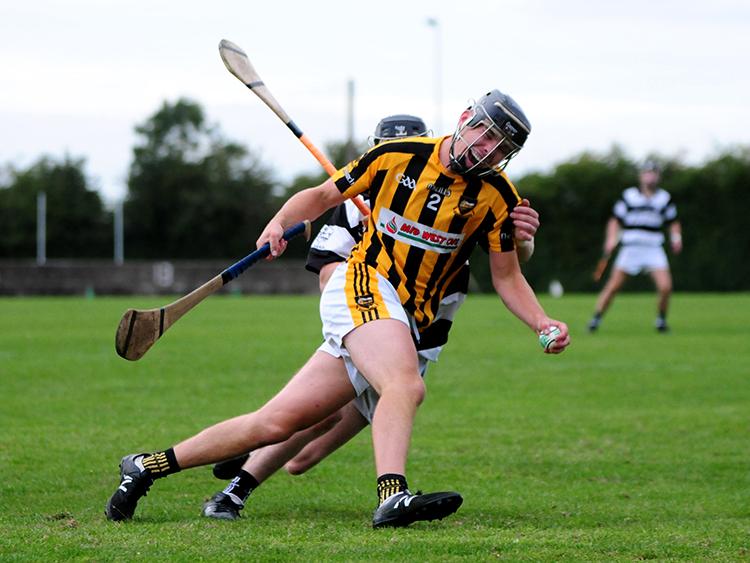 Upperchurch-Drombane had to earn a six-point win over a determined Carrick Swans at Golden on Saturday evening - for the majority of this Tipperary Water County Senior Hurling Championship group three clash John Ryan’s men appeared the far more accomplished outfit, but to be fair to Carrick Swans they fought on manfully and made life as difficult as possible for their Mid Tipperary counterparts.

Upperchurch-Drombane led 1-10 to 0-9 at the break having played into a stiff breeze in the opening half thanks to a Michael Lee strike, but Carrick Swans did well to stay in touch during the second half with three-pointers, which arrived courtesy of Danny O’Hanlon (penalty) and Eric O’Halloran, helping their cause to a significant degree.

Jack Butler and Colm Stapleton were outstanding for Upperchurch-Drombane while Pádraig Greene landed an eye-catching six points from play. Eric and Gavin O’Halloran caught the eye for Carrick Swans.

And, following Upperchurch-Drombane's win over Carrick Swans it is all to play for in group three when Thurles Sarsfields and Drom & Inch meet on Sunday, September 2nd in Holycross (6.30pm).

Drom & Inch are fighting for their championship lives and should they win a three-way play-off will be required between Thurles Sarsfields, Upperchurch-Drombane and Drom & Inch to determine who qualifies for the knock-out stage of the championship.

Because Carrick Swans gave a walkover in the opening round scoring difference cannot now be considered in the event of three sides finishing on equal points.

A long-range point from Eric O’Halloran got this contest off to a lively start, but Upperchurch-Drombane soon settled down to their work and led 0-5 to 0-2 after nine impressive minutes - a monstrous long-range strike from Diarmuid Grant capped this period of play.

The sides traded points thereafter, but Carrick Swans were doing well and worked themselves into a 0-9 to 0-7 lead by the 24th minute. Indeed, a terrific Gavin O’Halloran point forced Carrick two clear and had the Swans dreaming of a significant upset.

Upperchurch-Drombane, however, are made of stern stuff and closed out the half with a 1-3 blast. Michael Lee buried a spectacular goal in the 30th minute while a Colm Stapleton strike brought the half to a conclusion (1-10 to 0-9).

Eric O’Halloran opened the second half scoring, but Upperchurch-Drombane meant business now and landed five successive points to take a 1-15 to 0-10 lead into the 37th minute - Pádraig Greene was absolutely running riot in the middle third of the field by this juncture and Greene landed two smashing points during this period of utter dominance. Indeed, following two more Greene efforts Upperchurch-Drombane led 1-18 to 0-13 entering the final fourteen minutes.

Carrick Swans were battling gamely, but required a little encouragement and found a real tonic of a score in the 47th minute when James Waters was fouled for a penalty which Danny O’Hanlon fired home.

Pádraig Greene struck his sixth point from play in response before a Michael Lee effort was bravely blocked by Swans full-back Scott Hogan. Carrick ‘keeper Kieran Lonergan then did especially well to save from the raiding Loughlin Ryan while at the opposite end of the field James Barry blocked a rasper from the stick of James Waters.

A Ger Grant point brought a frantic couple of minutes to a close before two Jack Butler efforts from play book-ended a converted Gavin O’Halloran sideline from a tight angle in the 58th minute.

Eric O’Halloran brought his personal tally to 1-4 when he cracked home a smashing three-pointer in the 61st minute while Diarmuid Grant brought the scoring to a conclusion.