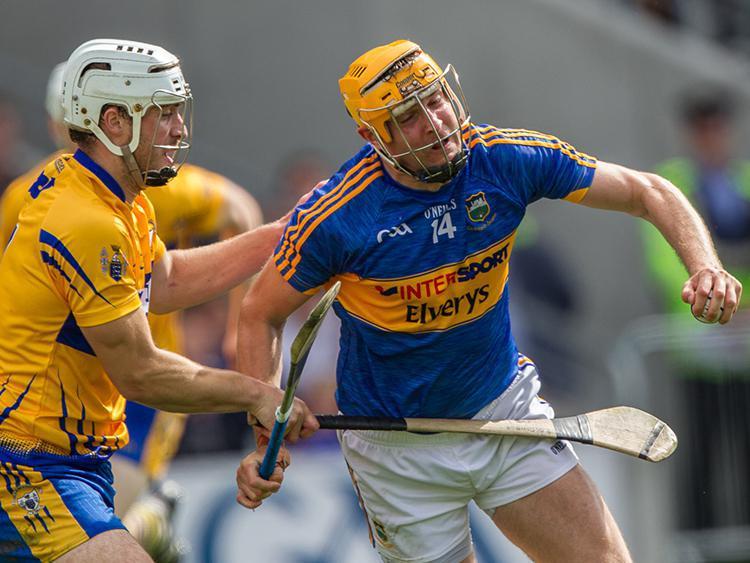 Seamus Callanan will hope to inspire Drom & Inch to a vital win over Thurles Sarsfields.

Following Upperchurch-Drombane's six-point win over Carrick Swans at Golden on Saturday it is all to play for in group three of the Tipperary Water County Senior Hurling Championship when Thurles Sarsfields and Drom & Inch meet on Sunday, September 2nd in Holycross (6.30pm). Drom & Inch are fighting for their championship lives and should they win against the defending champions a three-way play-off will be required between Thurles Sarsfields, Upperchurch-Drombane and Drom & Inch to determine who qualifies for the knock-out stage of the championship.

Right now Thurles Sarsfields lead the group on four points (+9), Upperchurch-Drombane are second on four points (+1), Drom & Inch are third on two points (+10) and Carrick Swans are bottom on zero points (-20). Because Carrick Swans gave a walkover in the opening round scoring difference cannot now be considered in the event of three sides finishing on equal points.

Nenagh Éire Óg took over at the summit of group one courtesy of a reasonably fortunate two-point round two win over Clonoulty-Rossmore at The Ragg (1-20 to 1-18). Meanwhile a rejuvenated Roscrea team proved too strong for Mullinahone at Templetuohy (3-18 to 0-19). Clonoulty-Rossmore registered a solid win over Mullinahone (1-14 to 0-11) in the opening round while Nenagh Éire Óg proved too strong for Roscrea (2-24 to 0-11).

So, Éire Óg (four points, +21) have topped the group by virtue of their head-to-head records against Clonoulty-Rossmore (two points, +4) and Roscrea (two points, -11). Mullinahone are bottom on zero points (-14).

On Saturday, September 1st Mullinahone face Nenagh Éire Óg in Templemore (5pm) while on Sunday, September 2nd Roscrea enjoy an opportunity to leapfrog Clonoulty-Rossmore when the sides collide in Dolla (1.30pm). Please note, however, that Clonoulty-Rossmore have already secured their place in the knock-out stage of the championship thanks to winning the West Tipperary title earlier this season.

In the third round of games Toomevara take on Killenaule in Templemore on Saturday, September 1st (6.30pm) while on Sunday, September 2nd Éire Óg Annacarty-Donohill clash with Kilruane MacDonagh's in Dolla (12 noon)

This group could still take a twist or a turn and it is worth noting that as South champions Killenaule are already through to the knock-out stage of the Tipperary Water County Senior Hurling Championship while Kilruane MacDonagh’s are through to the final of the Hibernian Inn North Tipperary Senior Hurling Championship (Liam O’Shea’s men await the winner of the semi-final replay between Kiladangan and Nenagh Éire Óg on September 8th).

In order to avoid the relegation play-offs Kilruane MacDonagh's require a win over Éire Óg Annacarty and for Killenaule to beat Toomevara. Meanwhile wins for Killenaule and Éire Óg next weekend would mean that the top three placings and the associated places in the knock-out stage of the county senior hurling championship would be determined by scoring difference (three teams on four points).

In the third round on Saturday, September 1st Kiladangan take on Borris-Ileigh in Nenagh (5pm) while Portroe and Loughmore-Castleiney collide in Dolla (6.30pm).

Loughmore-Castleiney will be expected to book their place in the knock-out stage of the county championship courtesy of a victory over Portroe while Borris-Ileigh require a seven-point win over Kiladangan in order to progress. Please note that Loughmore-Castleiney are through to the Mid Tipperary Senior Hurling Championship final against Thurles Sarsfields.