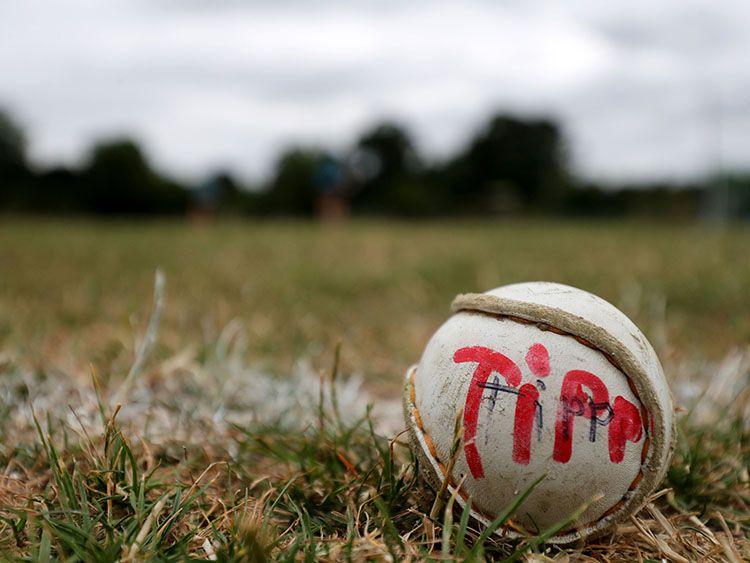 A misfortunate Newport team ran into a brilliant performance from a rejuvenated Templederry Kenyons team at MacDonagh Park, Nenagh - the Kenyons misfired earlier this season, but Eoin Brislane’s men were in the mood to do real damage on Saturday and were extremely impressive. Two of Templederry’s goals did not materialise until second half injury time, but, in truth, Newport were out-classed on this occasion as the Kenyons cruised to an eighteen-point win.

As a result Templederry Kenyons finished second in their Séamus Ó Riain Cup group on four points - missing out on top spot to Silvermines (four points) due to their head-to-head record. On Saturday in Toomevara the ‘Mines beat Clonakenny (0-21 to 1-16) and although Templederry and Silvermines both earned four points in the group the ‘Mines won top spot due to their 1-19 to 0-9 win over the Kenyons earlier this season. Both Silvermines and Templederry now progress to the knock-out stage of the Séamus Ó Riain Cup. Meanwhile the season has come to a close for Clonakenny and Newport.

Éanna Murray was outstanding for a Templederry team which obliterated the Newport puck-out (whether taken short, medium or long) and played smashing ball into their forwards with Seán Ryan taking full advantage when rifling home two three-pointers. Indeed, it was great to see this talented bunch of hurlers give a real illustration of their pedigree as a top hurling side.

Templederry led 1-16 to 0-7 at the break with Éanna Murray, Adrian Ryan and Gearóid Ryan landing three points from play each as the Kenyons ran riot. Éanna Murray and Gearóid Ryan fired over glorious left-handed efforts early on and Templederry led 0-5 to 0-1 by the eighth minute. And, just when a Jack Delahunty effort checked their progress the Kenyons then landed seven without reply - a point from wing-back Christy Coughlan in the 15th minute illustrated all that was good about this Templederry performance as smart ball was recycled into the hand of Coughlan and the former full-back made no mistake with a clean strike from sixty metres.

Two Darragh Carroll frees doubled the Newport tally before Seán Ryan was rewarded for efforts in this contest when burying a goal in the 26th minute. Odhran Murphy and Éanna Murray (two frees) added points, but Newport actually had the better of the closing minutes when landing three points from play. At half-time the Kenyons led 1-16 to 0-7.

Newport tried to rouse themselves immediately after the break, but had ‘keeper Mike Flannery to thank for two terrific saves in the 34th and 38th minutes. Newport managed to out-score Templederry 0-4 to 0-3 during the opening thirteen minutes of the second half with Pa Ryan shining brightly for them (1-19 to 0-11). But Newport never really threatened Templederry and were fortunate not concede a goal to Pádraig O’Leary in the 46th minute.

The sides traded scores thereafter and entering the final ten minutes, following a smashing Darragh Carroll effort, the deficit was down to ten (1-22 to 0-15).

You always felt, however, that Templederry had another gear to go to and they pressed on impressively during the closing minutes with Seán Ryan and Pádraig O’Leary belting home three-pointers in second half injury time.