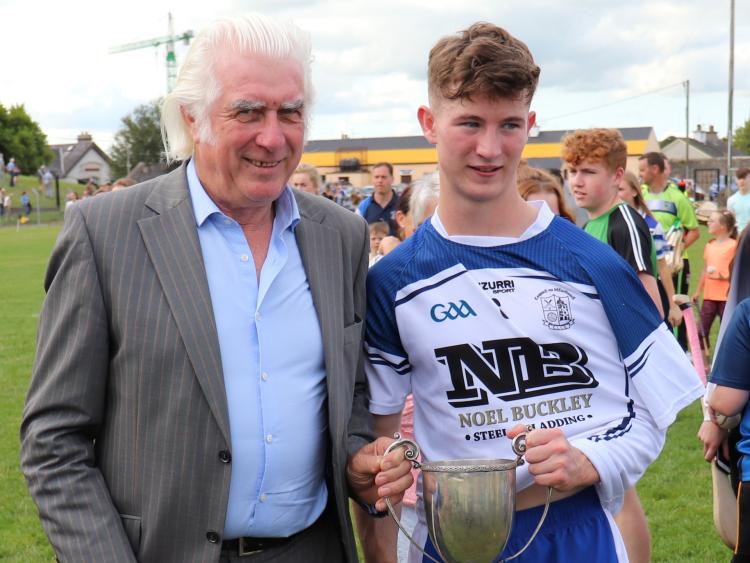 Cashel King Cormacs went into the final looking for their second title in-a-row while the combination appearing in their third final had never won together. Both had in their own right won the competition on their own - Cappawhite last in 1995 and Solohead last in 1953.

Twelve months ago Cashel King Cormacs bridged a five-year gap against the same opposition, but on Saturday Cappawhite Gaels had other ideas. They led from start to finish with Willie Barry finishing with a total of 0-12 and substitute Aaron Ryan adding 2-1 in the second half to claim a first title as a combination.

Cappawhite Gaels signalled their intent from the start with Willie Barry firing over the opening three points of the game. Cashel struggled to find a way through the Cappawhite Gaels defence which was well organised.

Jack McGrath got them off the mark with a pointed free in the eight minute, but Barry continued as he started and added two more points from play and a first from a placed ball.

Jack McGrath pointed another free, but points from Colm O’Dwyer and Willie Barry (free) extended the Gaels' advantage to five points after eighteen minutes of play.

Barry was now coming further out the field while Eoghan Connolly, who started centre-back came to midfield for Cashel King Cormacs, was having more of an influence on proceedings.

Jack McGrath kept Cashel in touch with two more pointed frees. Cappawhite were dealt a blow when they lost Brendan Murphy to injury, but they continued to impress in front of the posts with Dara McCarthy and Ciaran Doody adding their name to the score sheet. In injury time in the first half Eoghan Connolly pointed Cashel’s first from play, but two more from Willie Barry and one from Colm O’Dwyer had Cappawhite Gaels 0-12 to 0-5 ahead at the break.

Cashel cut the deficit on the resumption as both Eoghan Connolly and Jack McGrath pointed from placed balls. Dara McCarthy opened the Gaels' account for the half with his second of the game.

Cashel’s cause wasn’t helped moments later when they were reduced to fourteen men and while Willie Barry extended Cappawhite’s Gaels advantage from the resulting free it was Cashel that came more into the game.

Jack McGrath pointed another free while Eoghan Connolly added two more points, one a huge long-range effort. Jamie O’Keeffe got on the board as the gap was now down to three points as the third quarter was coming to an end. Fionn Brady pointed for the Gaels before a good team move saw substitute Aaron Ryan finish to the net. Eoghan Connolly and Conor O’Dwyer responded points from play either side of another Willie Barry point.

The game was far from over though Cappawhite were finding their scores easier. Aaron Ryan and Willie Barry pointed either side of an Eoghan Connolly pointed free. Thomas Skeffington got a touch on a free to send the sliotar to the net and cut the gap to four points.

Cashel were then reduced to thirteen men, but refused to give up. Barry pointed again before Aaron Ryan raised his and Cappawhite’s second green flag. Cappawhite goalkeeper Anthony Barry had to be alert as Eoghan Connolly threatened goal, but points from Fraser Allen and Ryan Renehan (free) saw Cappawhite Gaels take the honours.