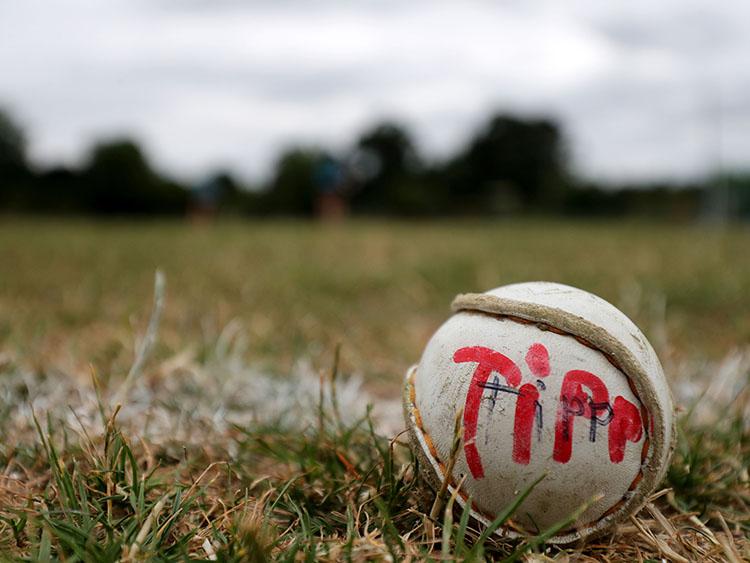 A James Quigley point in the 66th minute earned Kiladangan a share in the points when they drew with Borris-Ileigh in an exciting if uninspiring round three Tipperary Water County Senior Hurling Championship played at MacDonagh Park, Nenagh last Saturday evening. Quigley’s score propelled Kiladangan toward first place in group four ahead of Loughmore-Castleiney with both teams advancing to the quarter-finals while Borris-Ileigh found themselves dumped out of the championship.

Despite their injury problems Borris-Ileigh produced a great hour of hurling and would have deserved their win after they came from behind to go in front in injury time after top scorer Conor Kenny pointed a free to register his thirteenth score of the hour.

Team manager Johnny Kelly made a number of key changes to the Borris-Ileigh team, not least the selection of eighteen-year-old Jerry Kelly at centre-back. Kelly played a great game, but was at fault in the lead up to Kiladangan’s first goal by Darragh Egan when he deflected a low ball past James McCormack to give Kiladangan a 1-10 to 1-8 half-time lead. Andy Loughnane featured prominently in the build up to the goal. The excellent Ray McCormack was Boris-Ileigh’s goal scorer when he weaved past the Kiladangan defence to beat Barry Hogan in the third minute of play.

The goal put Kiladangan 1-1 to 0-1 in front, but a ninety-metre free by Barry Hogan (the first of two) commenced Kiladangan's run where Darragh Egan (1-4, 0-2 frees), Declan McGrath and Bryan McLoughney with one each while Ciaran Kelly found the target with two points.

Up to Egan’s goal, it was Borris-Ileigh who held the lead for most of the opening half with Conor Kenny hitting five points (three frees) while a fit looking Dan McCormack adding two points.

Kiladangan’s two-point lead at the break was quickly nullified after Kenny pointed a free and Dan McCormack scored from play.

Midfielder Alan Flynn was a constant barometer to the Kiladangan play and he won another free which Egan converted, but an improving Liam Ryan levelled once again. However Borris-Ileigh’s ideas of taking over were quickly dented when Bryan McLoughney scored a great goal in the 35th minute after creating a one-two move with Dan O’Meara.

After Conor Kenny and Tadgh Gallagher had swapped points, another well-worked move by Kiladangan almost led to another goal by McLoughney, but his shot was well saved by James McCormack.

Incredibly, Kiladangan would not score for another fourteen minutes. Borris-Ileigh registered two points before Kiladangan were back on board with a Daragh Egan free in the 52nd minute.

Paul Flynn scored, but Borris-Ileigh hit back with a Jack Hogan goal on the hour mark after Ray McCormack made the early running.

With the sides level at 2-16 each the amount of additional time would be a factor. And, Borris-Ileigh took the lead through Conor Kenny in the 62nd minute. Joe Gallagher replied thirty seconds later. Play continued and Conor Kenny gave Borris-Ileigh the lead with a free in the 63rd.

Another two and a half minutes followed and when Kiladangan won a free in their own third a quick-thinking Joe Gallagher found James Quigley stealing a path down the right wing before he split the posts from sixty metres out.